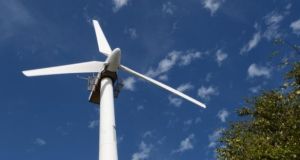 Supreme court says a local woman can challenge An Bord Pleanála’s approval of permission for a wind farm development at Keeper Hill in the Silvermines mountains in Co Tipperary.

The Supreme Court wants the Court of Justice of the EU (CJEU) to determine European law issues before ruling whether An Bord Pleanála properly assessed the impact of a Co Tipperary wind farm on the habitat of the hen harrier, a protected species under EU law.

In an important judgment on Friday, a seven-judge Supreme Court said it will refer issues to the CJEU concerning the procedure adopted by the board. The precise issues will be set out later.

The judgment also clarified criteria for establishing “standing” or entitlement of individuals to bring judicial review environmental challenges and the scope of appeals available before the Irish courts concerning environmental matters.

While EU member states have a “material margin of appreciation” in determining the precise standing rules governing environmental cases, national rules must be consistent with the “wide access to justice” requirement in the 2011 Directive on assessment of effects of public and private law projects on the environment, the court said.

The broad general principle for judicial review is the disputed measure must be alleged to adversely impact on the challenger and they must have “sufficient interest” in the matter in accordance with national law.

Irish law takes a “reasonably liberal” approach to the sort of interest which must be potentially affected in order to confer standing. Regard can be given, for example, to the nature and general importance of sites sought to be protected.

Applying those criteria, it ruled a local woman, Edel Grace, Grouse Hall, Milestone, Thurles, has standing to challenge the Board’s approval of permission for the wind farm development at Keeper Hill in the Silvermines mountains.

The fact she had not participated in the planning process did not deprive her of standing, it said. She had standing for reasons including she lived less than one kilometre from the special protection area (SPA).

Because Ms Grace has standing, this appeal can proceed and it was unnecessary to decide if environmentalist Peter Sweetman, of Binahowem, Cashel, Co Galway, who sought to challenge the wind farm alongside Ms Grace, also has standing, it said.

The Supreme Court decided last year it would permit a “leapfrog” appeal, one directly to the Supreme Court, by Ms Grace and Mr Sweetman after the High Court refused to allow them appeal its rejection of their case to the Court of Appeal.

The Supreme Court said the case raised issues of general public importance relating to standing, rights of appeal and potentially the substantive issue of the Board’s assessment of measures to address the windfarm’s impact on the hen harrier.

The challenge is to a ten year permission granted by the Board to ESB Wind Development and Coillte to build the windfarm. The applicants claim the permission breached the EU Habitats and Environment Impact Assessment Directives and some 400 acres of hen harrier foraging would be lost if the windfarm went ahead.

In a joint Supreme Court judgment, Mr Justice Frank Clarke and Ms Justice Iseult O’Malley, with whom the other judges agreed, concluded Ms Grace had standing in this appeal.

While stressing the Court of Appeal should remain the normal route for environmental appeals, it said, if the High Court refuses to certify an appeal, the refused party can apply for a Supreme Court appeal.

The constitutional criteria for a leapfrog appeal - it must raise issues of general public importance OR be necessary “in the interests of justice” - is a lesser threshold than for a High Court certificate for leave to appeal as the latter requires an appellant to meet both, not just one, of those criteria, it noted.

Given its findings on standing and appeal, the court said it was necessary to consider the substantive claims over whether the Board adopted the correct procedure when assessing measures to reduce the impact on the hen harrier.

Because not all of the issues of European law necessary to decide that substantive matter are clear, it said it would refer the issues to the CJEU.