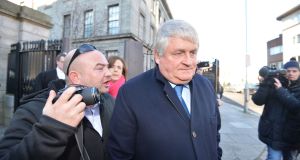 Businessman Denis O’Brien wants the Supreme Court to overturn the High Court’s dismissal of his case against the Dáil and State over statements made in the Dáil by two TDs. File photograph: Alan Betson / The Irish Times 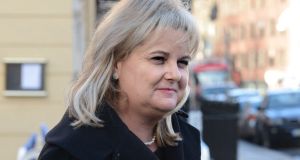 The Supreme Court has allocated a date next March to hear the appeal by former Rehab chief executive Angela Kerins.

It is an appeal against the rejection of Ms Kerins’ damages case over the Dáil Public Accounts Committee’s conduct of hearings concerning public monies paid to the Rehab group.

Ms Kerins appeal has been fixed for March 13th, to be followed a week later by the appeal by businessman Denis O’Brien over the High Court’s dismissal of his action over statements made by two TDs in the Dáil about his banking affairs.

Because both appeals raise similar issue concerning the constitutional separation of powers and the courts’ ability to intervene in decisions and proceedings of Houses and Committees of the Oireachtas, the Supreme Court has decided they should be heard in sequence.

During a 15-minute case management hearing on Monday to deal with preparatory issues for both appeals, Ms Justice Elizabeth Dunne said the Chief Justice had allocated five days from March 13th for Ms Kerins’ appeal and two days from March 20th for Mr O’Brien’s appeal.

When the judge was told Michael Cush SC, for Mr O’Brien, will be involved in another High Court case from February, which was fixed for some three weeks, she said the March dates had been allocated and she was not, at this stage, engaging in discussion about them.

In her action, Ms Kerins claimed two Public Accounts Committee hearings, on February 27th and April 10th, 2014, when she was questioned about her €240,000 annual salary and other matters, amounted to a “witch hunt” against her. The committee argued it was entitled to scrutinise how public funds are spent when some €80 million public monies are paid annually to Rehab companies.

In his appeal, Mr O’Brien wants the Supreme Court to overturn the High Court’s dismissal of his case against the Dáil and State over statements made in the Dáil by Social Democrats TD Catherine Murphy and Sinn Féin TD Pearse Doherty about his banking affairs with State-owned Irish Bank Resolution Corporation. The statements were made on separate dates in summer 2015 after Mr O’Brien had got court injunctions restraining RTÉ from publicising that information.

In her March 2016 High Court judgment dismissing the case, Ms Justice Úna Ní Raifeartaigh held that what Mr O’Brien sought was prohibited by the separation of powers under the Constitution and would have a “chilling effect” on parliamentary speech into the future. She upheld the core defence argument that Article 15 of the Constitution immunises Dáil “utterances” from suit or scrutiny by courts or tribunals.

Mr O’Brien is also appealing an order requiring him to pay the estimated €1 million legal costs of his failed action.