Woman awarded €54,204 over heating oil spill will have to pay part of legal costs 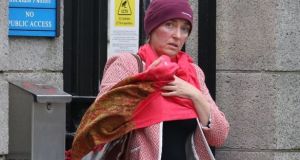 Tracey Davies had also sought aggravated damages in her claim which the judge held there was no basis for. File photograph: Collins Courts

A woman awarded €54,204 over a heating oil spill from her neighbour’s tank will have to pay part of the legal costs of her case. That could substantially reduce the amount she receives.

The award was made last week to Tracey Davies, of Dalkey Avenue, Dublin, over the January 2013 oil spill which, due to the damage and amount of repairs needed to her home, meant she had to find alternative accommodation for more than two years.

She sued her neighbour Margaret O’Leary from whose property the oil came for the inconvenience and upset caused.

Ms O’Leary, represented by her home insurer, denied the claim.

When Mr Justice Charles Meenan awarded Ms Davies €54,204, plus around €2,000 more in interest, he was told that figure did not beat a €75,000 lodgment which the insurer had made in April 2018 to settle the case and avoid a hearing.

Where an award falls short of a lodgment, a plaintiff can be liable for her own and the defendant’s costs.

As a result, a further hearing took place on Friday to determine the costs issue.

Mr Justice Meenan, after hearing legal submissions, said the Supreme Court had decided there was discretion over costs where the award fell around five per cent short of the lodgment.

Any further discretion to go higher than five per cent would require “very weighty factors” to be established, he said.

No such weighty factors applied in this case and Ms Davies had also sought aggravated damages in her claim which the judge held there was no basis for.

She was offered €75,000 and declined to accept it in the full knowledge of what would happen if she did not get that figure or higher in a hearing, he said.