Verdict expected in case of alleged assaults by gardaí 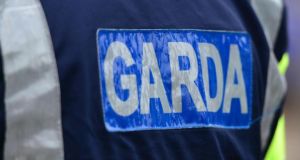 Three men allege they were unlawfully assaulted by gardaí – suffering facial and other injuries – while participating in an early-morning protest near the Corrib gas refinery in north Mayo on January 19th, 2007. Photograph: Bryan O’Brien

A verdict is expected on Friday in the actions for damages by three local men over alleged assaults on them by gardaí during a protest against the Shell Corrib gas refinery in Co Mayo.

Patrick Coyle, a farmer, of Barnatra, Ballina, and brothers Patrick and Martin O’Donnell, both fishermen with addresses at Porturlin, Shore, Ballina, have separately sued the Garda Commissioner and State over the alleged unlawful assaults on them by gardaí on January 19th, 2007.

It is alleged the assaults occurred as protesters were being corralled by gardaí on one side of the road leading to the refinery while a convoy of trucks carrying workers to the refinery passed on the other side.

Garda Marvin Lee, now stationed in Galway, and Garda Peter Lee, stationed in Oughterard, both denied the alleged assaults. Garda Marvin Lee told the court he was grabbed by the lapels of his jacket by Patrick O’Donnell, dragged into the crowd and feared he would be thrown over the parapet of Bellanaboy Bridge. Garda Peter Lee said he and other gardaí went into the crowd to get his son out.

Evidence in the case concluded on Thursday after which the 11-member jury heard closing speeches from both sides. Mr Justice Paul McDermott is expected to conclude his charge to the jury this morning after which they will retire to consider their verdict.

In his closing speech, Colm Smyth SC, for the defence, said whatever injuries these men suffered were “extremely minor” and there was no evidence gardaí did anything unlawful.

The Garda video of the protest gave “a flavour of taunts and jibes and lack of civility demonstrated by fellow citizens” against gardaí carrying out orders.

If anyone had been injured by a truck in the convoy heading to the refinery, the “wrath of the nation” would come down on gardaí, counsel said. Gardaí were faced with a “very frightening” situation where their own lives and others lives were at risk because of “a few hotheaded individuals”, whose ringleader was a protester who decided to “make a burst for the convoy”.

The jury should put themselves in that situation and consider the pressure on gardaí, he said.

Closing the case for the men, Micheal P O’Higgins SC said the defence had given no explanation for how the men got their injuries while the men’s evidence was corroborated by evidence from a dentist and doctor and independent witnesses.

The garda video footage was “another inconvenience” for the State, he said. The jury never heard from the Garda who recorded the video and got no explanation why eight “critical” minutes, the period when it was alleged the men were assaulted, was not recorded.

The Garda who recorded the video was “among several princes missing from this production of Hamlet”, he said.

The men had not alleged their injuries were life-threatening but the response to their complaints was to serve nine summonses on them for assault and other charges which were not trivial and carried a risk of jail. While happily all charges were dismissed, the jury should put itself in the men’s shoes and consider how traumatic would that be, he said.