UCC wins appeal over disclosure of loan details to RTÉ 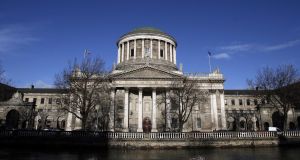 UCC appealed to the High Court under section 24 of the Freedom of Information Act. Photograph: Chris Maddaloni/Collins

A High Court judge has overturned the information commissioner’s decision requiring University College Cork to disclose to RTÉ certain information about a €100 million loan agreement between the college and the European Investment Bank (EIB).

The commissioner must now reconsider RTÉ’s request, made under the Freedom of Information (FOI) Act, in line with Mr Justice Garrett Simons’s findings.

A core finding was that the commissioner made a material error in law in taking as his starting point a presumption “in favour” of disclosure which required UCC to “justify” its refusal of access to the information.

The commissioner also made a material error in interpreting the “competitive prejudice” exemption from disclosure set out in the Act, the judge held.

The material sought was “self-evidently commercially sensitive” and the commissioner appeared to have expected UCC to have demonstrated some additional justification for not disclosing it, he said.

The commissioner’s conclusion that UCC would not be harmed by disclosure of the material was “unsustainable”. Having sought the views of the EIB, which supported UCC’s objections to disclosure, the commissioner was obliged to have regard to them, he added.

UCC had objected to disclosing the information on grounds that could prejudice the competitive position of the university. The judge noted the information relates to existing credit facilities between UCC and other financial institutions, the rate of interest payable under the loan agreement executed in July 2016 with the EIB, and certain financial covenants to be observed by UCC as borrower.

A striking feature of this case was “how little” information UCC was seeking to exempt from disclosure, he said. The finance contract ran for 50 typed pages and the information UCC wished not to disclose, including the interest rate, ran to about 20 lines.

He was satisfied the commissioner’s decision involved a number of material errors of law, in particular in mistakenly taking as its starting point a presumption in favour of disclosure which required UCC to justify refusing access.

A second material error was that the commissioner misinterpreted and/or misapplied the threshold for the “competitive prejudice” exemption from disclosure in section 26.1.b of the FOI Act. While UCC had initially objected to disclosing the finance contract or loan agreement in its entirety, it had in the appeal not objected to the disclosure of a redacted form of the finance contract as provided by the EIB to the commissioner in late 2017, he noted.