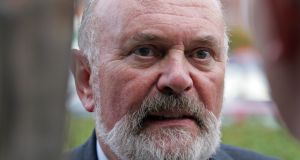 The High Court has refused to order the disclosure of documents RTÉ says it needs to defend a defamation case brought by Senator David Norris.

It arises out of an interview by journalist Helen Lucy Burke on the Liveline radio programme in 2011 when Mr Norris unsuccessfully ran for the presidency of Ireland.

Mr Norris is suing RTÉ and Ms Burke, claiming he was defamed in the broadcast.

RTÉ denies libel and says the words complained of meant, among other things, the senator was in favour of incest and of underage sex.

The Liveline interview arose out of an interview Ms Burke did with the senator in January 2002 for Magill magazine.

RTÉ argues Mr Norris endorsed Ms Burke’s article prior to publication and never challenged it at the time.

It also says he favoured people being allowed to make any choice of sexual activity they liked within very wide limits, guided by the principle of mutual consent with a bar only on intimidation, bullying or bribery.

Mr Norris claims the words used meant, among other things, that he held evil beliefs and was unfit to be president or to hold public office.

He also says views were falsely attributed to him in the May 2011 broadcast which he never held or expressed. The quoted material was false and a deliberate distortion of what he actually said in his 2002 interview with Ms Burke, he says.

Ms Burke, who according to the judge hearing the application for document disclosure was ill and may not be able to give evidence in the case, was previously refused a court order seeking disclosure of the same documentation. She also denies he was defamed.

The material relates to representations Mr Norris made in 1997 to the Israeli and/or Irish authorities and/or politicians for or on behalf of the senator’s former partner, Ezra Yizhak Nawi, who had been convicted in 1992 for statutory rape of a 15-year-old boy.

A second category of documents relates to his support for poet Cathal Ó Searcaigh, who had been subject of a TV documentary called Fairytale of Kathmandu which detailed the poet’s relationship with Nepalese teenage boys.

Mr Norris opposed the discovery application on grounds of delay and because the documents were not necessary for the RTÉ case.

Ms Justice Marie Baker, in refusing the application, said there was no culpable delay.

She noted there had been a concession by Mr Norris in July 2014 that, while not accepting he made the statements claimed by Ms Burke, he does not believe in an arbitrary minimum age of consent as the sole criterion for the law in this area, but he did believe the principle of consent should also play a part in appropriate circumstances.

For this reason, Mr Norris said, RTÉ would also not require the documents it was seeking.

Ms Justice Baker said the application for discovery was not brought for a legitimate purpose and was in reality a fishing exercise, because RTÉ was looking for evidence to make a case which was not pleaded.

She refused an order for discovery.