Mother at ‘serious’ risk from daughter must be rehoused, court told 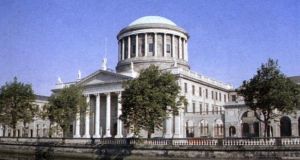 The 18-year-old woman, described as a “very serious” risk to her mother and certain others, had opposed wardship.

The mother of a traumatised young woman must be urgently rehoused because of the very serious risk her daughter poses to her life, the High Court has heard.

The daughter’s expressed intent to kill her mother is taken very seriously by gardaí and agencies who agree the mother should move immediately from her current residence and county after the High Court heard there is no medical basis for the woman to be made a ward of court.

The president of the High Court, Ms Justice Mary Irvine, said on Wednesday there is “nothing more imperative than the safety and life” of the mother and her position should top any priority list of a council when it comes to rehousing her.

On agreement of all sides, the judge adjourned until Monday the making of final orders which would withdraw the wardship proceedings initiated by the Child and Family Agency (CFA).

The 18-year-old woman, described as a “very serious” risk to her mother and certain others, had opposed wardship.

Psychiatrists say she needs to be placed in a medium secure care unit but all such units approached to date, including in the UK, are unwilling to take her.

There is a prior history of assault and sexual violence in the case and an incident earlier in 2019 led to the woman’s admission to special care. She had described her intentions and a large knife was found, the court heard. She had set out in a manuscript a plan to kill and mutilate someone which, the CFA said, was treated as a “definite” threat.

She also talked about wanting to go to college, reflecting a form of “deep seated disordered thinking.” It was considered she would need to be placed in a UK specialist unit as the level of complexity presented exceeds anything the services here have come across, the CFA said.

She is currently in a special care unit, which is not secure, on foot of court orders and is subject of criminal proceedings in the District Court in relation to charges of alleged assault. She was also questioned by gardaí last week in relation to an alleged spitting incident.

In light of the withdrawal of the wardship application, efforts will be made to procure her agreement to an appropriate voluntary placement, the court heard on Wednesday.

In order to be made a ward of court, there must be medical evidence a proposed ward lacks capacity to make decisions about their person and finances.

In another report, primarily focussing on a care plan for the woman and not on capacity, a doctor expressed some doubt concerning the woman’s capacity but did not address that issue in any detail.

In light of the updated psychiatric evidence, Barry O’Donnell SC, for the CFA, told Ms Justice Irvine on Wednesday the wardship application will not be pursued. He said the psychiatric reports were all by experienced psychiatrists and were based on recent assessments. The clear preponderance of the current evidence was in favour of capacity but, when the wardship petition was presented, the evidence was in the other direction, he said.

He asked the court to defer making final orders withdrawing the wardship proceedings to allow the CFA and other agencies arrange a community placement for the woman.

There was a need to ensure a managed transition for the benefit of the woman and to avoid a precipitous discharge, he said.

The fact the woman and other parties were agreeing to the matter going back to Monday was significant in light of the court’s jurisdiction to grant the adjournment, he added.

The judge remarked it was not the “preponderance” but the entirety of the evidence which was against wardship.

Mr O’Donnell also said, as part of liaison with gardaí in this matter, gardaí had sought to see psychiatric reports concerning the woman which raised issues including confidentiality.

There was a “very compelling” argument for disclosure in light of the risk issues but the CFA was not seeking a disclosure order and would instead seek to reach agreement on providing a social work report summarising the risk issues in general, he said. This was the final twist in this “very unusual” case.

John D. Fitzgerald SC, for the woman said he had been unable to take instructions given the speed with which the matter had moved but hoped to do so this weekend. His only instruction was to permit the status quo remain until Monday and he was also concerned that no medical reports compiled following assessments of her be shared with gardaí.

Michael Lynn SC, for the woman’s mother, said she and gardaí are very concerned for her safety and had agreed she must immediately move from her current residence and county. That is urgent but cooperation from another local authority would be required, he said.

The judge said she could “think of nothing more imperative than the safety and life of the mother” and the matter should go to the top of any priority housing list of the relevant council.

Reporting restrictions apply, including preventing any reports of details of a certain condition the woman has.