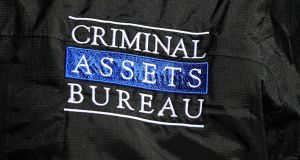 The High Court has ruled as proceeds of crime a sum of €211,000 held in bank accounts opened by a person using an alias and who registered a company purporting to sell luxury yachts.

The Criminal Assets Bureau, which in 2016 obtained orders freezing the monies, said it was lodged in accounts used in an international money laundering scheme.

In deeming the monies the proceeds of crime Ms Justice Carmel Stewart noted the complexity and sophistication of the scheme.

From its investigations CAB discovered that in 2010 Barnett fraudulently obtained the UK passport number attributed to another person.

That number was used to obtain a PPS number in this jurisdiction.

In a sworn statement CAB said monies from various international locations were lodged to the Dublin based bank accounts.

These included a lodgment of US$269,000 into one of the accounts from a Dubai based entity.

The transaction was listed as being “frozen Atlantic Salmon”.

Gardaí had made a request for mutual assistance from the authorities in the United Arab Emirates about the company that lodged that money. No response has been received, the sworn statement added.

When opening the accounts the court heard Barnett gave a false home address in Clondalkin, Dublin 22.

The court also heard that Barnett also registered a company called Harglena Global. Its business was listed as being the sale of vehicles and yachts, including luxury yachts.

There was also an attempt to register the firm with Revenue for tax and VAT purposes.

CAB said there was “no evidence” that the company was a legitimate business.

Harglena Global had operated a website between 2012 and 2016, which has since been taken down.

An address in Blanchardstown in Dublin was given as Harglena’s registered address.

CAB established the business address belonged to another unrelated company.

CAB was also satisfied the persons living at the location Barnett cited as being his home address when opening the bank accounts had no connection with that person and knew nothing about him.

Counsel said all efforts have been made by CAB to serve documents on Barnett in relation to the freezing orders but the Bureau was unable to trace the person using the alias.

Barnett had instructed a firm of solicitors when the freezing orders were made but that firm had informed the bureau it no longer represented him.

In her ruling, Ms Justice Stewart said she was satisfied, based on evidence put before the court by CAB officers, the cash was the proceeds of crime.