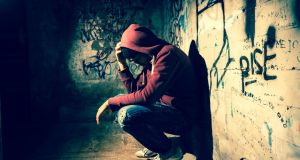 Mr Justice Michael McGrath said the court had been satisfied the boy’s behaviour presented a risk to his own life, health and safety. Photograph: iStock

A 14-year-old boy who is homeless and at large from a special care centre is at serious risk to himself following attempts to take his own life, the High Court has heard.

Barrister David Leahy, counsel for Tusla, the Child and Family Agency, told Mr Justice Michael McGrath the boy had been in voluntary care in the unit but had absconded and was now living rough on the streets.

Mr Leahy, who appeared with Mason Hayes solicitor Conor Fottrell, said the agency’s ex parte application for a Special Care Order was made in what he described as a very sad case of a boy who had gone wrong but often showed remorse for activities he engaged in.

“He had a difficult home life due to the fact that his father struggled with alcoholism and acted violently towards his children,” Mr Leahy said.

“Due to domestic violence this boy was often the only protective factor for his younger siblings, locking them and himself into a toilet to protect them from their father’s violent behaviour,” he said.

Mr Leahy said there had been a very sad background to the upbringing of the boy who had not come to the agency’s attention until late last year. He had been in voluntary care since mid-Summer after his mother had complained she was no longer able to look after him.

He would go missing for long periods and on one occasion he had punched his way through the windscreen of his mother’s car. He could be absent for up to a week while sleeping rough and abusing alcohol and drugs.

One of his peer groups included a man who had convictions for sexual offences.

The boy had recently returned to his emergency care placing and looked extremely unwell, Mr Leahy said. He had simply washed himself and had left again. On one occasion, a relative had seen him frothing at the mouth in a public place as a result of having taking some sort of drug.

Mr Leahy said the boy had shown evidence of attempting suicide and overdosing and was a danger to himself. The agency was unable to meet his special requirements unless a Special Care Order was made by the court.

Mr Justice McGrath said the court had been satisfied the boy’s behaviour presented a risk to his own life, health and safety and that there was a need for the special order to be made.

He also made an order directing the gardaí to search for and apprehend the boy and return him to the special care centre.