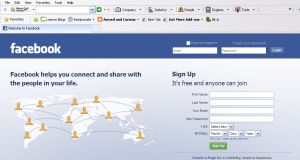 The victim was seeking damages for misuse of private information, negligence and breach of the Data Protection Act.

A landmark legal action over a naked photograph of a 14-year-old Northern Ireland girl being allegedly posted on a Facebook “shame” page has been settled.

The confidential resolution reached in what her lawyers believed to be the first case of its kind in the world was confirmed at the High Court in Belfast on Tuesday.

The girl, who cannot be identified, sued the social media giant and the man suspected of posting her photo.

The victim was seeking damages for misuse of private information, negligence and breach of the Data Protection Act.

But following out of court negotiations, her barrister, Edward Fitzgerald QC, told Mr Justice Paul Maguire: “I’m very happy to be able to inform your lordship that the case has been settled.”

Proceedings were launched after the girl’s photo was allegedly posted on a so-called shame page on Facebook several times between November 2014 and January 2016.

Counsel for the girl, instructed by McCann and McCann Solicitors, previously likened it to child abuse. They argued that Facebook had the power to block any republication.

In September 2016, the company failed in a bid to have the action dismissed at a preliminary stage. At that stage, it stressed that it always responds to any reported breaches brought to its attention. The picture was taken down as soon as notification was received, the court was told.

Five days had been set aside to hear all arguments in the civil trial.

Mr Justice Maguire praised the legal teams after being informed of the outcome.

Addressing the parties, he said: “Thank you very much for the work you put in today to resolve the case.”