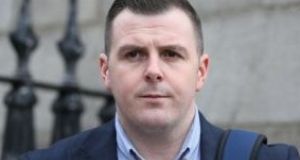 An appeal is expected to be brought over the rejection of his challenge, his lawyers have indicated.

Mr Mohan challenged provisions of the Electoral (Political Funding) Act 2012, which halves the State funding of parties who fail to ensure at least 30 per cent of their general election candidates are women and 30 per cent are men. That percentage is intended to rise to 40 per cent after seven years.

In his reserved judgment on Tuesday, Mr Justice David Keane dismissed the challenge on grounds including Mr Mohan had failed to prove his claim a 50 per cent cut in funding for Fianna Fáil if it did not meet the gender quota targets would make it impossible for the party to function.

Mr Mohan also failed to show his exclusion from being considered for selection at the Dublin Central election convention last year was due to a decision imposed on the party as a result of the 2012 Act rather than a voluntary decision of Fianna Fáil, the judge said.

Fianna Fáil had appeared to welcome the 2012 Bill when it was introduced, he said. The party’s then Senator, Averil Power, had described quotas as a “necessary evil” in a “fundamentally flawed” system where insufficient women were being selected as candidates , the judge noted.

All the issues raised by Mr Mohan were ones that Fianna Fáil, rather than Mr Mohan, was best placed to address, the judge said. That raised issues as to whether Mr Mohan had the necessary legal standing to bring the case.

He ruled Mr Mohan did not have the necessary standing to bring the case. He made that decision on grounds including Mr Mohan could not assert his rights to stand as a candidate were affected because he had failed to adduce evidence to show the 2012 Act had mandated the directive to the Dublin Central selection convention. He said Mr Mohan’s side had argued during the case the gender quota law could lead, for example, to a party comprising only women. He did not consider it was appropriate to allow Mr Mohan pursue such hypothetical arguments when he had failed to demonstrate any of his interests had been adversely affected by the Act.

There was no countervailing consideration to justify departure from the normal rules governing legal standing to advance claims, he added.

Mr Mohan, a student at DCU and part-time barman, was in court for the ruling. He brought the case against the State after Fianna Fáil directed last September its sole general election candidate in the Dublin Central constituency, where Mr Mohan, wished to go forward for selection, must be a woman. Mary Fitzpatrick has been selected.

The direction was issued after it emerged that, by summer 2015, there were 10 women among 47 candidates chosen for Fianna Fáil in 31 constituencies. The court also heard Ireland ranks 86th of 140 countries in relation to political representation of women who comprise 51 per cent of the Irish population and 15.1 per cent of the Dáil.

Mr Mohan argued the Constitution does not entitle the legislature to sanction parties over failure to select particular types of people to contest general elections. He also argued Fianna Fáil policy is decided by its ardfheis which had never approved gender quotas. His party cannot be coerced by law into imposing gender quotas which prevented him going forward as a candidate by reason of his gender, he claimed.

He told the court he is personally opposed to voluntary gender quotas. Because Fianna Fail would be penalised unless it met the gender quotas, he and all other ordinary members of the party would be affected and that gave him clear legal standing to bring this case, he argued.

The State argued its entitlement to enact laws regulating elections included an entitlement to legislate to promote the constitutional guarantee of equality. During the hearing, Dr Fiona Buckley of University College Cork, who has written extensively on gender and politics, expressed the view financial sanctions were “probably the only option” for getting Irish political parties to reach quotas aimed at having them run more women candidates in general elections.