Ex-soldier settles case over being given anti-malarial drug Lariam 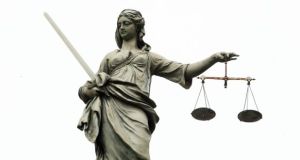 Ex-soldier Anthony Cole (51), a father of three of Duneoin, Carrigaline, Cork, had sued the Minister for Defence and the Attorney General after he was given Lariam, also known as Mefloquine

A former soldier who sued the Defence Forces over being given the anti-malarial drug Lariam when serving overseas in Chad has settled his High Court action on confidential terms.

Anthony Cole, who served for 33 years in the Defence Forces, claimed he has not felt “normal” since his five-month tour of duty in Chad in 2009 and suffers headaches, nightmares, mood swings and irritability.

His case, before Ms Justice Bronagh O’Hanlon, was regarded as a test case and was at hearing for several days and expected to run for weeks. It settled late last week on confidential terms.

Opening the case, Gerry Healy SC said Mr Cole, who was based mainly at Collins Barracks, Cork, had loved his life in the Army but got an adverse reaction to the medical treatment given by the Defence Forces to protect him from malaria while on the tour of duty in Chad.

Mr Cole (51), a father of three of Duneoin, Carrigaline, Cork, had sued the Minister for Defence and the Attorney General after he was given Lariam, also known as Mefloquine, for two weeks before he travelled to Chad, while there and for a number of weeks after his return home.

He claimed when he arrived in Chad his sleep became very disturbed and for no obvious reason he became unhappy and exceedingly irritable. He claimed he felt so bad in himself that, after three weeks, he seriously considered returning home but persisted with the five-month tour of duty.

He further claimed he has never felt normal since then. He alleged failures to adequately warn members of the Defence Forces, including himself, of the side effects of Lariam and to warn him of the dangers and risks associated with the medication.

The claims were denied and it was also contended there was an alleged delay in bringing the proceedings.