Emma Mhic Mhathúna, one of the women affected by the CervicalCheck controversy, has died at the age of 37. Interview: Sorcha Pollak Video: Bryan O'Brien 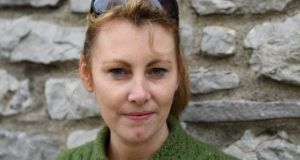 Counsel for Emma Mhic Mathúna and two other women told the High Court they required production of cervical smear slides so that appropriate pathologists and clinicians could study and report on them. File photograph: Dominick Walsh

The HSE is treating the provision of documentation and cervical smear slides involving three women affected by the CervicalCheck controversy, including Kerry woman Emma Mhic Mhathúna, with “great urgency”, the High Court was told on Thursday.

Eileen Barrington, senior counsel for the HSE, told Mr Justice Michael McGrath that matters were being looked into “as we speak” and the HSE accepted they were “critical and urgent.”

She said the HSE had, on Thursday, been given only a half-hour’s notice of requests for information from The National Maternity Hospital with regard to tests carried out in relation to two women in 2009 and 2010 and the hospital and the HSE were doing their best to address these new issues as quickly as possible.

Pat Treacy, SC, for Ms Mhic Mhathúna and two other women, who by direction of the court cannot be identified, said Ms Mhic Mhathúna, a co-plaintiff with her five children, was not insisting on media reporting restrictions in her case.

He said the cases, two of which came before Mr Justice Cross in the High Court last week, arose out of the alleged misreading of cervical tests, all involving patients who were terminally ill. Ms Mhic Mhathúna’s proceedings had been issued on Thursday and applications had been made to the court for early trial dates.

Mr Treacy said the cases involved non-disclosure of cervical check processes and liability was fully at issue in all of them. The women concerned required production of cervical smear slides so that appropriate pathologists and clinicians could study and report on them.

He said negotiations with regards the putting in place of a protocol for the handing over of slides by Medlab Pathology Limited Ireland and a New Jersey laboratory Quest had led to the loss of a vital six days in dealing with the legal proceedings.

Barrister Donal McGuinness, for Medlab, and Emily Egan SC, for Quest, told the court their clients were prepared to immediately hand over slides subject to directions of the HSE and the protocol agreed between the HSE and the plaintiffs.

Mr Treacy told the court that matters had now reached a situation where the three women concerned required slides to be made available to them today. Ms Barrington said everything possible was being done to meet the demands of the plaintiffs but she was unable to give an exact time when the slides and documentation would be handed over.

Judge McGrath adjourned the applications for court orders until Friday morning, giving all parties an extra 24 hours in which to advance matters.