Drug charge priest can travel from US for family will dispute, court hears

Fr Michael O’Leary has completed rehab programme, according to his lawyers 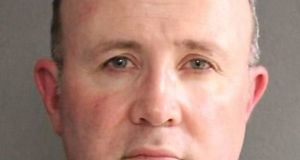 A Catholic priest on bail pending his trial on drug charges in the United States is not prevented from travelling to Ireland to give evidence in a dispute over his late mother’s will, the High Court has been told.

The court had been told earlier this month that New York based Fr Michael O’Leary’s lawyers wanted an adjournment of the will dispute hearing because of difficulties concerning his availability to give evidence following his arrest.

His lawyers also said, because he was undergoing a rehabilitation programme, they had difficulties obtaining instructions from him.

They said he intends to give evidence in the will dispute which was due to be heard earlier this year but could not proceed due to a shortage of judges.

On Tuesday, the priest’s lawyers said he had made contact with them last weekend and informed them he had completed his drug rehabilitation programme.

Michael Hourican BL, for Fr O’Leary, said, “surprisingly”, the terms of his client’s bail do not prevent him travelling to Ireland.

Fr O’Leary’s American lawyer had also informed his Irish counterparts it was possible the priest could receive a custodial sentence if convicted by a New York court when the criminal case against him is finally disposed of in October.

In that scenario, Fr O’Leary would be unable to travel until the sentence has been served.

If he was convicted, and released on probation, he may be prevented leaving the United States until after the probationary period, the American lawyers also advised.

In response to Ms Justice Leonie Reynolds, Mr Hourican said Fr O’Leary has not entered a plea in respect of the criminal charges against him.

Lawyers for the plaintiffs, represented by Paddy McCarthy SC and Barney Quirke SC, had earlier expressed their concern about Fr O’Leary’s availability to give evidence in the will case and queried when he would be able to give evidence and if he could do so via video link.

Adjourning the matter, Ms Justice Reynolds said she would see if a judge could be made available to hear the case sometime in July.

Previously, the court heard that Fr O’Leary (50) was arrested by New York police in the early hours of St Patrick’s Day, March 17th 2019 after they found him and another man in a vehicle.

Investigating officers claim they recovered half an ounce of methamphetamine, two scales and other materials used for packaging narcotics following a search of the vehicle.

In the separate proceedings before the High Court, four of his siblings - Nora Harpur, Barry O’Leary, Tadgh O’Leary and Marie O’Leary - wants orders against the priest and another brother, John O’Leary.

The action is aimed at setting aside the will of their mother, Elizabeth O’Leary, who died in September 2014.

It is also alleged undue influence was exerted over the late Mrs O’Leary by the defendants when she was preparing and executing the 2009 will.