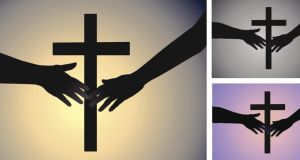 The trustees of a non-denominational church, the Victory Christian Fellowship, have lost their appeal against a High Court ruling that Bank of Scotland was entitled to appoint joint receiver over three of its properties.

The three judge Court of Appeal rejected arguments by Brendan Hade, the church’s senior pastor and his wife Sheila Hade of Fountain Head, Rockbrook, Rathfarnham, Dublin; and Gerry Byrne, Woodstown, Knocklyon, Dublin. They argued the appointment of receivers in May 2013 was invalid because it was precipitated after obtaining unauthorised confidential material about the VCF.

Paul McCann and Patrick Dillon were appointed receivers over three properties at Kilmacud House, Kilmacud Road, Upper Stillorgan; Westland Row and Firhouse Road, Tallaght after VCF failed to satisfy a demand by the bank for repayment of €18.76 million loans. The properties were put up as security for monies advanced to the fellowship by the bank in 2007.

The receivers opposed the appeal and argued Mr Justice Paul Gilligan’s December 2013 finding their appointment was valid should remain undisturbed.

The High Court had also found BOS was entitled to judgment of €18.76 million against the trustees. It further held the receivers were entitled to permanent injunctions restraining the trustees and others interfering with the receivers’ taking possession of the properties.

In their appeal, the trustees argued the appointment of the receivers in May 2013 was unlawful, invalid, and should be set aside and the receivers must vacate the three properties.

They argued the bank was not entitled to appoint receivers because, while the fellowship was in talks with the bank about reaching an agreement over the debt, the bank obtained confidential information, including that the Revenue Commissioners had retrospectively from 2009 withdrawn charitable status from VCF.

That information was disclosed by a person representing VCF in negotiations in relation to the indebtedness and should not have been disclosed as it adversely affected the VCF’s financial position, it was argued.

The VCF claimed a plan was agreed with the bank in March 2013 relation to the debt that would allow VCF remain in possession of the premises and argued, had this plan been allowed work its course, the receivers would not have been appointed.

The trustees did not appeal the judgment of €18.76 million and acknowledged the sum was due and owing.

Giving the court’s judgment, Mr Justice Alan Mahon said the reality was, by the end of May 2013, the VCF was heading towards “a fairly hopeless situation” in terms of reaching a compromise with BOS.

The VCF had failed to refinance its loans with another bank and its indebtedness to BOS was substantial and increasing, the judge said.

The most that could be said was the unauthorised disclosure of this information heightened to some degree concerns within the bank as to the prospect of recovering its debt, the judge added.