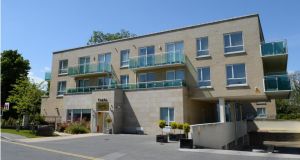 A Dublin creche owner will go on trial in September charged with breaking childcare laws in connection with allegations made in an RTÉ television documentary.

The prosecution has been brought by Tusla, the Child and Family Agency (CFA) as a result of the exposé Breach of Trust, by RTÉ’s investigations unit, which aired in 2013.

RTÉ provided the CFA with 40 hours of secretly filmed footage.

Lawyers for Ms Kelly and the creche had demanded a concession from the CFA that most of the video evidence obtained does “not show anything untoward”. Otherwise, they argued, 40 hours of footage would have to be shown in the trial.

David McCoy, solicitor for the CFA, told Judge Bryan Smyth at Dublin District Court that the prosecution was able to give concessions regarding the video footage.

Mr McCoy said that in these circumstances the hearing, which will include the CFA, RTÉ and defence witnesses, will last about three days.

About an hour and a half of footage will be used but it will take longer than that to show it in court, Mr McCoy said.

Ms Kelly had been excused from attending today’s proceedings.

The judge ordered that the three-day trial would commence on September 15th next. Defence barrister Cara Jane Walsh consented.

At an earlier stage Ms Walsh had said the prosecution alleges “that there was a practice in operation . . . We say it would go to our defence, that it was not a practice, it was not habitual and not ongoing”.

The CFA alleges the creche breached regulations by not preventing practices that were “disrespectful, degrading or exploitative”.

On conviction, the court can impose fines of up to €1,300 as well as an order suspending a person from running a childcare facility.

Ms Kelly and the company face four charges for not having staff, students and volunteers with access to children vetted by gardaí. It is also alleged she and the creche breached record-keeping regulations from October 7th to 14th, 2013.

The company faces 20 charges overall, including claims that on eight dates between February and May 2013 it failed to “ensure that no practices that are disrespectful, degrading, exploitative, intimidating, emotionally or physically harmful or neglectful were carried out in respect of any child”.