Tom Humphries: A sports writer who became a national figure 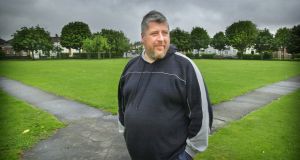 Tom Humphries: ‘He had the capacity to both charm and eviscerate, be worldly and erudite and also spiteful and petty.’ Photographer: Dara MacDónaill

Almost from the beginning of his sports writing career, the commentary of Tom Humphries, who was jailed for 2 ½ years for grooming and sexually abusing a girl, received attention.

That his reputation was, in part, built on very public spats with colleagues with whom he disagreed, athletes, who he believed cheated, certain sporting bodies with whom he took umbrage and an unbridled passion for Gaelic Games is not in dispute.

Those characteristics of love or loathing, confronting issues in a deeply personal way and constructing a platform in his Monday Locker Room column in The Irish Times that often took the high moral ground both ingratiated and infuriated people.

Seen as a natural successor to the late Con Houlihan, who wrote a column on the back page of the Evening Press, Humphries’s strength was the easily rendered quality of his writing and his ability to be original about his subjects. There was also the scalpel that he always held close and often cut deep.

Not averse to using the northside chip on his shoulder, one he nurtured and spoke about, as a useful device for taking up arms against the perceived privilege and entitlement of rugby and golf, two of the sports that would have been seen as the demographic of his then employer, The Irish Times, Humphries had the capacity to both charm and eviscerate, be worldly and erudite and also spiteful and petty.

Between the interstices of the wars he waged against “Fat Cats” who ran sport, the phoney coaches or officials who did not live up to his standards of probity or governance, Humphries picked up multiple journalism awards for his commentary, feature writing and the numerous books he published over a 15-year stretch.

He also had his foibles and Olympic Council of Ireland president Pat Hickey was one who escaped the cutting edge of his pen. Humphries held a grudging respect for Hickey as a savvy northsider with street urchin instincts, who saw off all opposition to make it to the International Olympic Committee’s (IOC) inner sanctum, although he reserved the right to see the IOC as an old codgers’ retirement home.

Humphries was also centrally involved in the two biggest sports stories of the last 30 years, the controversy that raged over swimmer Michelle Smith at the Atlanta Olympic Games, which he helped to drive in 1996 and the Saipan scandal, when Manchester United and Ireland midfielder Roy Keane left the Irish team during the 2002 World Cup following a dispute with manager Mick McCarthy over an interview Keane conducted with Humphries and published verbatim in The Irish Times.

The offending article was held up by McCarthy at a team meeting which sparked a bitter exchange with Keane that led to his departure.

It was journalism that changed the course of the World Cup for the Irish football team. But Humphries’s numerous scrapes with authority and celebrity did not always fall in his favour.

The aftermath of the 1996 Olympics was a case in point, when taking up a familiar cudgel, he adopted an anti-establishment view on the spectacular performances of Smith, who won three gold medals and a bronze in the swimming pool.

He was of the opinion that her medals were tainted and he wrote his views, which drew vitriolic condemnation as well as broad support.

He spent considerable time researching Smith’s past and even travelled to the Netherlands, where she had been living with her husband Eric.

The issue came to a head in March 1999, when the then Irish Times editor Conor Brady declined to publish an investigative piece Humphries had written which again questioned Smith’s achievements. Brady’s contention was the piece was not based on fact.

In protest Humphries tendered his resignation to which Brady readily agreed, sending the paper’s acceptance by courier to Humphries’s home address.

At that stage he had built up a loyal following with British papers courting him to write for them. But they failed to understand that the offer of more money and a greater audience could not compete with his deep connection to the GAA, which was a recurring theme in his work.

The article on Smith was never published but the impasse was resolved and Humphries returned to writing for The Irish Times.

But the bulk of his work focused on the GAA, his views of sporting perfection often expressed through the prism of hurling, football and its culture, its grass-roots credibility, the real people, the amateur ethos, the parish, the hinterland, the sense of history and belonging, the fabric.

“If there is a unit of Irish sport that feels itself securely tied to the soul of the nation, it is the GAA,” he wrote in Locker Room. In the same column he addressed rugby as “a means of self expression for the privileged classes”. He was divisive.

His heroic figures – and he built edifices as much as tear them down – were often GAA players such as the Ó hAilpín brothers, Setanta, Sean Óg and Aisake, who were glorified not only for their talent on the field but their Fijian ancestry and as a Gaelic-speaking family from Cork, their embrace of Irish culture.

Humphries’s views could be traced back to what his interests were before arriving on the scene as a freelance journalist around 1989.

Born in London, where his father, worked in finance, the family subsequently moved to Raheny in north Dublin and he attended St Joseph’s CBS in Fairview.

He went on to study commerce in UCD, where he was heavily involved in the students’ union and became the finance officer for two years before unsuccessfully running for the student union presidency in 1986.

As a student he was broadly left wing and supported the cleaners’ strike, which took place at the university when he was there. He was also involved in the Union of Students Ireland medical card campaign and the anti-Apartheid movement.

He left UCD with a Bachelor of Commerce degree and a Higher Diploma in Education and soon after emigrated to London. He did casual work in bars for a few years before returning to Ireland, where he took up working for the DIT Students’ Union and where he also began a journalism course.

Even then he was heavily influenced by American sports writing, with books such as Thomas Boswell’s look on baseball in How Life Imitates The World Series an early influence.

In 1999-2000 he would spend a year living in Chicago, while working across all departments in The Irish Times.

In 1989 he began freelance work and his pieces quickly began to find prominence in the sports pages of the former Sunday Tribune. From there his career progressed at pace and he joined The Irish Times as a staff sports reporter on March 1st, 1992.

There were minor hiccups along the way and Humphries was often the first to put his own failings into print. In one of his earlier assignments he referred to the “unmistakable figure of Moss Keane”. However it was not the former Irish rugby lock and this error eventually made it into his Locker Room column as a badge of honour and expression of his disinterest in rugby.

As his career progressed, his reputation also grew outside of Ireland and he wrote pieces for the Guardian and Times of London in the UK and also the US sports magazine Sports Illustrated, which sent him to South Africa to write a piece for it on the golfer Bobby Locke.

He dipped his toe in the book pool with a hastily completed account of Jack Charlton’s years as Irish football manager. But the first to bring critical acclaim was a 1996 book Green Fields: Gaelic Sport in Ireland, where he mapped the extensive reach of the GAA.

In 2003 the self-loathing, occasionally self-indulgent and sardonically funny Laptop Dancing and the Nanny Goat Mambo: A Sportswriter’s Year hit the shelves and was followed in 2004 by Booked, a collection of his writing.

In 2006 he brought out Dublin v Kerry: The Story of the Epic Rivalry that Changed Irish Sport and a year later another GAA book, Keys To The Kingdom with former Kerry manager Jack O’Connor.

In 2009 he ghosted Cork goalkeeper Donal Óg Cusack’s autobiography Come What May.

It was often said Humphries was a loner, which wasn’t entirely true, although he stopped drinking alcohol and did not socialise widely. One colleague pointed out that if Humphries went to an Olympic Games or football World Cup, he not only carried the workload of the paper but invariably had 30,000 words to write to make the deadline for his latest book, forcing him to spend the bulk of his time in his hotel room.

He stopped writing for The Irish Times in March 2011 when the company was advised of serious allegations against him and the commencement of a Garda investigation. He was suspended from employment on March 31st, 2014 when he was formally charged with criminal offences. His employment was terminated on March 8th, 2017 after he had pleaded guilty to charges at Dublin Circuit Criminal Court.

In a statement earlier this month, after the facts of the case were outlined in court, The Irish Times said the disclosure that Humphries was the subject of serious allegations and of a criminal investigation had been a source of shock and distress to his colleagues.

It added: “This matter has been treated with the utmost seriousness throughout. The Irish Times, in its response, has been guided by the provisions of employment legislation and the requirement to allow the criminal justice system to proceed without interference. The company fully co-operated with the Garda at all times during its investigations.”