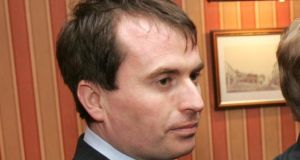 Seán Conlan, with an address at Main Street, Ballybay – who was previously remanded on continuing bail of €100 from a number of earlier hearings – is facing charges relating to an alleged assault at his family-owned pub last year.

Mr Conlan resigned from Fine Gael because of what he termed as his “dissatisfaction over the responses to issues he raised in the constituency”, but failed in his bid to get re-elected in the recent General Election as an Independent.

He faces two charges relating to the incident at the licensed premises in Ballybay on August 23rd, 2015.

Mr Conlan was charged under Section 11 of the Firearms Act for the alleged use of a broken pint glass during the pub incident and also with assaulting Enda Duffy of Annahia, Ballybay, Co Monaghan, under Section 3 of the Non Fatal Offences Against the Persons Act.

Inspector Kevin Gavigan, Carrickmacross, who was prosecuting, told Judge Denis McLoughlin at Wednesday’s sitting that they were still awaiting CCTV evidence which, he understood, the defence considered necessary, and the State was consenting to a further adjournment.

There was a difficulty however, he said, over the absence of CCTV cover at some locations.

Judge McLoughlin adjourned the case until a further sitting on May 18th at Carrickmacross.