Victim told the court she had been called a whore, slut and tramp by Helen O’Driscoll 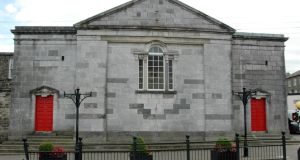 A woman whose husband told her that he had fathered a child after an affair some years previously has received a six-month suspended sentence after she was found guilty of a long campaign of harassment against the mother of the child.

Helen O’Driscoll (61) of Clerke’s Lane in Skibbereen, Co Cork told Bantry District Court that she was profoundly sorry for her harassment of the woman. It occurred over a two-year period after her husband, Fachtna, told her on New Year’s Day, 2017, that he had fathered a child.

Ms O’Driscoll told Judge James McNulty that she was “totally out of order” and had “directed her anger at the wrong person.” She said she was “profoundly sorry for all the terrible words” she said. However, Ms O’Driscoll insisted that she was the victim of her husband and he was the reason she found herself before the courts.

The case was originally heard on Tuesday at Skibbereen District Court with Judge McNulty ordering that the pair spend a night in custody in order for them to fully comprehend the consequences of their actions and the possible loss of liberty.

Judge McNulty said mother and son waged a long campaign of “sustained, deliberate, vulgar, and demeaning abuse” at the mother of the child.

During a lengthy trial, Judge McNulty heard that in spite of admitting paternity of the child to his wife, the family later demanded the woman undergo a DNA test. The victim told the court that she had been called a whore, slut and tramp by Ms O’Driscoll and that Shane O’Driscoll, who is the skipper of the ferry to Cape Clear island, had also harassed her on a number of occasions starting on January 1st, 2017.

Both mother and son refuted suggestions that they had harassed the woman. Ms O’Driscoll also denied and was convicted of assaulted the woman in a bar on Cape Clear island on October 31st, 2017. Helen O’Driscoll said she had been collecting drinks and had stumbled in her heels as children ran past, and collided with someone.

Judge James McNulty said that both mother and son had lied under oath to the court. Shane O’Driscoll apologised to the courts and the woman for his behaviour. He said all he wanted to do was to go home to his family. He longs to put the case behind him.

The identity of the woman cannot be made public in order to not identify her son who is now of school-going age.

Describing the offences as “grave”, Judge McNulty jailed the pair for six months each, suspending the sentences with the condition that they keep the peace and stay away from the victim for a period of two years.

He also criticised Fachtna O’Driscoll for his behaviour. “There is something particularly odious about a man who, when it becomes uncomfortable, abandons his child; in the witness box he acknowledges that abandonment without a hint of shame or any expression of regret.”