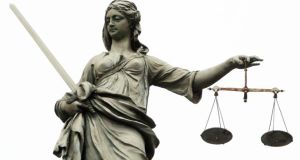 Judge Bridget Reilly put the case back to a date in May for a community service report of 200 hours, with three months’ jail in default

A Luas passenger who chased a ticket inspector and assaulted him will have to do 200 hours community service or face a three-month jail sentence.

Judge Bridget Reilly heard that Chukwuemka Onuoha chased the ticket inspector around Belgard Luas stop last October, and that staff at the stop had to put a message on the public address system that gardaí had been called.

Garda Stephen Gillespie told the court he received a call to go to Belgard Luas stop on the day. Onuoha had been asked to leave a tram by a Luas inspector as he had no ticket. Onuoha became very aggressive and punched the inspector in the chest and chased him around the Luas stop.

Garda Gillespie said other staff at the stop had to put a message out on the public address system stating that gardaí were “en route’.

He said Onuoha had 11 previous convictions, all for road offences except for a €200 fine from 2006 for simple possession of drugs.

Onuoha’s solicitor, Eddie O’Connor, asked Judge Reilly if he would consider putting the case back for a probation report.

Judge Reilly told Mr O’Connor that she would like to hear a plea in mitigation.

Mr O’Connor said his client was “very apologetic” and had “lost the head” on the date in question.

Judge Reilly put the case back to a date in May for a community service report of 200 hours, with three months’ jail in default.