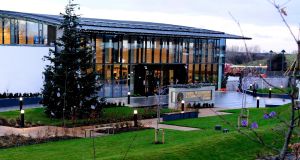 An employee of the Church of Scientology has been sentenced to 90 days in prison following his conviction for abusive and threatening behaviour towards an autism rights campaigner.

Judge James McNulty told Bantry District Court he would be willing to suspend Nathan Moore’s sentence if a payment of €10,000 was made to the Irish Society for Autism in the next seven days.

She admitted making a phone call to Moore on December 4th, 2017, using the name ‘Chloe Smith’, to ask him about the church’s claims in relation to the treatment of autism and about a funfair being held at its community centre.

“I didn’t get through to him and he called me back and we spoke for about 20 minutes about the funfair, about Scientology and other issues,” she said, adding that the discussion was civil.

Ms O’Leary said she later received and recorded a call from Moore in which he threatened her, called her “a spastic geebag” and said he would “box her up and down”. She said the call left her terrified and that she received a number of threatening and abusive calls from blocked numbers in the following days.

Moore, who had been working at the Church of Scientology for just over a month at time of the first call, said that when ‘Chloe Smith’ called he felt “it was almost an interrogation” but he had been polite. He spoke to his supervisor about it and was informed he had been speaking to someone who was not who they said they were. He denied any involvement in the calls received after December 4th, 2017.

He admitted calling Ms O’Leary back as he felt he had been lied to and he was “freaking out” .

“I did say what I said on the phone call, and I admitted this to the gardaí. I felt horrible for doing this and I was disappointed in myself,” he said.

Judge McNulty convicted Moore, who now runs the café at the Scientology centre, and asked if there were members of the church present supporting him. Defence solicitor Diarmuid Kelleher said there were.

He said his client left school early and was not mature enough at the time to respond to Ms O’Leary’s “interrogation”. Judge McNulty said this was a betrayal of trust and an abuse of power involving a religious group and church who had a duty of care towards Moore.

Mr Kelleher said his client had no previous convictions and was on minimum wage and that a contribution by the church of €10,000 was outside the court’s jurisdiction as it involves a third party not before the court and over whom his client had no control.

Judge McNulty said the prison sentence was to mark the court’s “deep disapproval” of what had occurred and that in the event of an appeal, recognisance on Moore’s own bond of €100 would be required, supported by two independent sureties of €5,000.

“The court would expect that those in authority or leadership in the Church of Scientology would go surety to ensure his appeal.”

Judge McNulty concluded by saying that he did not hear in court that Moore’s employers disapproved of what he said to Ms O’Leary.

If it was felt that the conditions he had set down were too onerous or unfair, it was open to Mr Kelleher to appeal and take the matter to the High Court and that he would be guided by them.