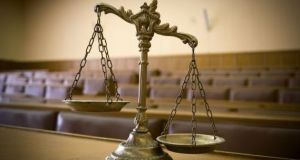 A concerned neighbour alerted gardaí and when they arrived at the house they discovered the children crying for help.

Gardaí found three children under the age of eight locked into bedrooms in a house on their own after their mother had left them unattended and ended up being arrested for drink-driving, a court has heard.

A concerned neighbour alerted gardaí and when they arrived at the house they discovered the children crying for help. They had to force their way into the house to rescue the children, Cork District Court was told on Tuesday.

The woman, who pleaded guilty to three counts of child neglect, cannot be named in order to protect the identify of the children.

Sgt Gearoid Davis outlined the background to the case which happened in the early hours of August 5th 2018 when gardaí discovered that the children’s mother had been arrested on suspicion of drink-driving.

“On August 5 2018 at approximately 2.30am, Garda Patrick Buckley was on mobile patrol and was called to check on the welfare of a number of children in a house,” said Sgt Davis.

“It was alleged the children were in the house on their own while the mother was on her way to a friend’s house elsewhere but Garda Buckley discovered the mother was in custody at a garda station (on suspicion of drink driving).

“Garda Buckley knocked on the door and he identified himself as a member of An Garda Síochána and he could hear children call out to their mother and they were asking for help.

“Garda Buckley asked them to come down to the door so he could show them his uniform. One of the children shouted they couldn’t open their door. Garda Buckley entered the premises by force.

“He went upstairs and observed two bedroom doors closed with two hook and eye latches on the outside of them - he opened the first door and observed two young children in the bedroom with no lights on.

“Garda Buckley then turned to the second bedroom and found a young child in a cot. Both bedrooms had no lights working in them,” said Sgt Davis, adding that Garda Buckley found a potty full of urine in one of the rooms.

The child’s mother pleaded guilty to child neglect in respect of each child in that she wilfully neglected each child in a manner likely to cause unnecessary suffering to the child’s health or seriously affect their well-being.

Defence solicitor, Eugene Murphy said that rather than making defence submissions, everything he wanted to say on his client’s behalf was set out in lengthy reports showing how she had turned her life around since the incident.

Judge Olann Kelleher expressed concern when he heard the woman had three previous convictions for child neglect but said he would read the reports and he adjourned sentencing until Friday.