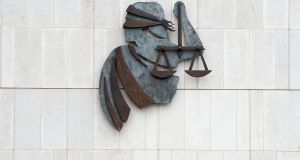 The Court of Appeal has rejected an appeal by a woman against a seven-year jail term imposed on her after she was caught trying to smuggle almost €2m worth of heroin through Dublin Airport.

Lawyers for Samina Sajjad, (52) a retired postmistress with an address in Middlesborough, England, but from Pakistan, claimed the sentence imposed by Dublin Circuit Criminal Court in May 2019 was unduly severe and failed to take into account her lack of previous convictions and guilty plea.

Sajjad, who was accompanied by her eight-year-old niece, was stopped by gardaí from the National Drugs and Organised Crime Bureau after coming off a flight from Doha, having originally travelled from Lahore in Pakistan on November 16th 2018.

She was subsequently charged with the possession of 13.69kg of heroin with an estimated street value of €1,916,000 for the purpose of sale or supply which was discovered in a hidden compartment of her luggage.

Delivering the court’s ruling, Mr Justice John Edwards, presiding, with Mr Justice Aileen Donnelly and Mr Justice Patrick McCarthy, said the Court of Appeal had heard no evidence to suggest the sentencing judge had not taken into account all the mitigating factors in Sajjad’s favour.

Mr Justice Edwards remarked the headline sentence of 10 years imposed on Sajjad might have been higher before mitigating factors were considered in the case.