Victim sent to home after he was allegedly raped by father, forced to have sex with his mother 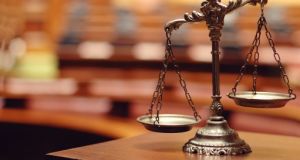 The Central Criminal Court trial of the child’s parents has heard a garda report that there were allegations of sexual abuse against two children in the foster family. Photograph: Thinkstock

There was widespread suspected sexual abuse within the foster family a child was sent to after he was allegedly raped by his father and forced to have sex with his mother, a court has heard.

The Central Criminal Court trial of the child’s parents has heard a garda report that there were allegations of sexual abuse against two children in the foster family. Most of the allegations related to the eldest foster child, named here as CF (not his real initials). He had been with the foster family from a very young age, the court heard.

CF was accused of sexually assaulting or having inappropriate sexual contact with four children. The court heard only one set of allegations came to court where he admitted abusing his foster mother’s nephew.

CF, who is now over 18, is currently awaiting sentence for this. He no longer lives in the foster home.

The foster parents refused to co-operate with a garda investigation into the various instances of alleged abuse and were “minimally” co-operative with the HSE, a garda told the court.

One of the foster children who was allegedly abused by CF was taken into care but is now back with the foster family.

The alleged victim in the current trial was placed with the foster family after he was taken out of his parent’s home when he was eight years old in 2013.

The parents face a total of 82 charges of abuse between 2007 and 2011 in Waterford. The father and mother have pleaded not guilty to 16 counts each of sexual exploitation and one charge each of child cruelty.

The boy has previously alleged his father raped him, sexually abused him with a hot poker and forced him to have sex with his mother over the course of several years from when he was about six years old in their Waterford home.

On Thursday , in week five of the trial , a local garda said she complied a report on alleged sexual abuse within the first foster family the child was placed with. She said the family were caring for four other children at the time including CF and his biological brother who were long foster placements.

The court has already heard that one of these children was alleged to have raped the complainant at the centre of the current trial. No charges were ever brought in relation to this as he was under the age of criminal responsibility at the time.

The garda said one of the female children was in school when she first made allegations of rape by CF. Her parents later refused to allow her be interviewed by gardaí­ and refused to bring her to the sexual assault treatment unit. The girl herself later said she didn’t want to be interviewed and just wanted CF to get help.

There was an alleged sexual relationship between CF and another male child in the home. The parents also declined to allow gardaí interview the male child in relation to this. Both children said they didn’t want to make a complaint.

CF’s younger biological brother, who was also in the foster home, also alleged he was abused by CF. No charges were brought in relation to this.

CF was taken out of the family home after some of the allegations were made. While in care he admitted to most allegations but denied abusing his younger biological brother.

This younger brother was also taken out of the foster home but has now returned, the garda told counsel for the defence, Colman Cody SC.

CF was also alleged to have abused a niece of the foster mother. Again no charges were brought and the alleged victim’s parents declined to allow gardaí interview her.

The garda said no other children have been placed with the foster family since but she didn’t know if this was as a result of an order by the HSE. There were no allegations of abuse by the foster parents.

The trial continues before Mr Justice Robert Eagar and a jury.