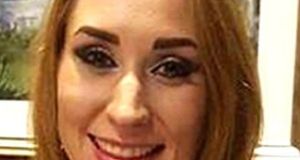 Rafal Karaczyn, of Crozon Park, Sligo, has pleaded not guilty to the murder of Natalia Karaczyn (pictured) at their home between April 29th and May 1st, 2018.

The sister of mother-of-three Natalia Karaczyn has told a jury how she told her brother-in-law “we forgive you” after he admitted killing her.

Rafal Karaczyn (34), of Crozon Park, Sligo, has pleaded not guilty to the murder of his 30-year-old wife Natalia Karaczyn, at their family home in Crozon Park between April 29th, 2018 and May 1st, 2018.

Ms McMorrow told the court that she was brought to Ballymote Garda Station on Wednesday, May 2nd, 2018, a day after her sister’s body was found. She was in a room alone with Mr Karaczyn in the station when he told her “I did it, I did it”.

The court heard that Mr Karaczyn had previously told her that Natalia had got “messed up with the wrong people” and that “Travellers” had come to their house and put a gun to his head and threatened to put a gun to the heads of their three children if he didn’t leave a back window open to allow them come into the house and hurt Natalia. She said Mr Karaczyn told her he let the window open to allow them gain entry into the house and that he then found Natalia dead and brought her body to a forest.

When Mr Karaczyn told Ms McMorrow that he killed Natalia in Ballymote Garda Station, she said the accused told her that he and Natalia had had an argument in the early hours of Sunday morning, April 29th, 2018. The court has already heard that Natalia spent time with a man before she returned home from a night out that morning. It also heard that Natalia and Mr Karaczyn were separated for a year prior to her death but were still living in the same house.

Reading from her statement to gardaí, Michael Bowman SC, for Mr Karaczyn, put it to Ms McMorrow that she told gardaí: “He [Mr Karaczyn] said it was ‘my hands’. I said, ‘yes, but your mind and body wasn’t there’. I told him ‘we forgive him’. He said he will never forgive himself.”

Asked to describe how Mr Karaczyn presented himself as he was speaking to her, she told Mr Bowman that his head was down and that he was crying.

As Mr Karaczyn didn’t have any family in Ireland, Ms McMorrow told Mr Bowman: “We treated Rafal as part of our family.”

Mr Bowman put it to Ms McMorrow that her sister had “grown tired” of the fact that Mr Karaczyn had “difficulties accepting that she was no longer in love with him”.

Ms McMorrow said she told Mr Karaczyn that Natalia was no longer in love with him. She said: “He was nearly delusional, saying she will get back with him and that she will love him as she had loved him before.”

The trial continues before Ms Justice Eileen Creedon and a jury of seven women and five men.