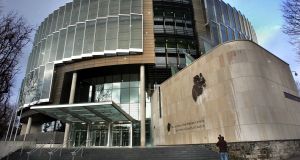 A couple who staged a car crash while pretending to be strangers were discovered when the insurance company saw that they appeared in each other’s Facebook profile pictures, a court has heard.

A couple who staged a car crash while pretending to be strangers were discovered when the insurance company saw that they appeared in each other’s Facebook profile pictures, a court has heard.

David Ward (30) was the front seat passenger in an Opel Corsa which rear-ended the Volkswagen Passat Lynsey Ivory (27) was driving.

Ward and Ivory of The Beeches, Clonshaugh, Priorswood, Dublin pleaded guilty at Dublin Circuit Criminal Court to attempting to dishonestly by deception cause a loss to FBD Insurance on dates between July 22nd, 2013 and January 1st, 2014.

Both claimed to be suffering injury from the collision but denied to gardaí, who arrived to investigate the crash, that they knew each other. They were transferred to hospital in the same ambulance during which they continued to pretend to be strangers.

Both Ward and Ivory later submitted a personal injury claim to FBD Insurance in which they again denied knowing the occupants of the other vehicle. They both made voluntary statements to gardaí outlining what had happened and stating that the people in the other car were strangers.

Garda Neill Plunkett told Martina Baxter BL prosecuting, that a claims handler with FBD examined both Ward’s and Ivory’s Facebook accounts, having received their claims and noted that they appeared in each other’s profile pictures.

Gardaí were contacted and when officers arrived at Ivory’s home to arrest her for questioning Ward answered the door.

The court heard that if the couple’s claim had been successful they could each have been awarded up to €15,000. The pair will be sentenced on Thursday.

Ward has seven previous convictions for offences including criminal damage and theft, while Ivory has no convictions. The couple have two children and have since married.

Garda Plunkett told Judge Martin Nolan that he had been suspicious of the couple’s claims that they were strangers from his first investigation of the collision on Corballis Road, Donabate on July 22nd, 2013.

He said Ivory told him she had been rear-ended and the driver of the car Ward was travelling in admitted that he had been speeding around a bend on the road and hadn’t seen the Passat until it was too late.

Garda Plunkett said the damage caused to both vehicles was inconsistent with the account he was given and the air bags had not been deployed in either vehicle as would be expected.

He said Ivory was still sitting in the driver’s seat when he arrived on the scene and she was complaining of neck and back pain. Her passenger, who later transpired to be the wife of the man who was driving the car Ward was in, said she was uninjured.

Ward, who was the front seat passenger of the second vehicle, confirmed his friend’s account of how the crash had occurred. He was removed from the Corsa on a spinal board and was complaining of back pain.