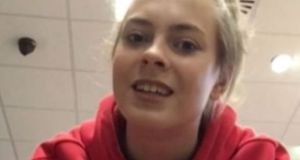 Boy A and Boy B were convicted of murdering 14-year-old Ana Kriégel in a derelict farmhouse in Lucan in May 2018.

An injunction ordering Facebook and Twitter to remove any photographs or other material identifying the two boys convicted of murdering Ana Kriégel will remain in place until after their sentencing in November.

Mr Justice Michael White on Friday agreed to continue the order which required the social media companies to take down any photographs or other material identifying the boys which they “become aware of or which is brought to their attention”.

At a brief hearing, Brendan Grehan SC on behalf of the Director of Public Prosecutions (DPP) said a sentence hearing for the two teenage boys had been put back until October 29th.

“In the circumstances, I’m asking that this matter go back to November 22nd with the status quo continuing until then,” explained Mr Grehan.

The prosecution counsel told the court that matters continue to be monitored and both respondents have been “wholeheartedly cooperating”.

Rossa Fanning SC, for Facebook Ireland Limited, said they were consenting to the order remaining in place until November 22nd.

Mr Fanning told Mr Justice White that Facebook had been doing “proactive work” and continue their efforts to liaise with gardaí.

The barrister said a third affidavit had been sworn and handed into the court, which addressed issues that had arisen since the last date but he did not propose to open that to the court.

Andrew Fitzpatrick SC on behalf of Twitter said that given the “acute sensitivities” of the case, they were prepared to consent to the matter.

Mr Fitzpatrick said he noted that Mr Grehan had accepted that Twitter was cooperating.

Following this, Mr Justice White said this was “perfectly acceptable” and it was important to monitor the “ongoing issue” until the sentence hearing because of its “sensitivity”.

Mr Justice White put the matter back until November 22nd saying: “Hopefully we can discharge any orders that have been made by then.”

The boys, identified in the media only as Boy A and Boy B, were convicted on June 18th of murdering Ana Kriégel at Glenwood House, Laraghcon, Clonee Road, Lucan on May 14 last year.

Boy A was also convicted of Ana’s aggravated sexual assault in a manner that involved serious violence to her. It is an offence to identify the boys under the Children Act as they are both 14-years-old, and due to an order made by the trial judge Mr Justice Paul McDermott.

The injunction was imposed by Mr Justice White on June 20th after lawyers for the DPP told the court that photographs of the boys, identifying them, had been circulated by social media users.

Earlier this month, Mr Grehan told the court that matters had “stabilised” since June when a number of people posted images and details relating to the two boys on Facebook and Twitter.

However, he said that the DPP still had a real concern that issues “could flare up” again when it came to sentencing.