Ana Kriégel murder: Boy A will be in prison until June 2031 at least

Boy B’s review should be January 2026 not January 2025, judge confirms 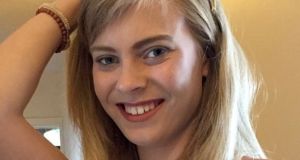 The earliest release date for Boy B, who lured the “lonely and vulnerable” Ana Kriégel to the abandoned farmhouse and watched as she was violently sexually assaulted, is June 2027.

The earliest possible release date for the teenage boy who murdered and sexually assaulted schoolgirl Ana Kriégel is in June 2031, the Central Criminal Court has heard.

The earliest release date for his accomplice, who lured the “lonely and vulnerable” 14-year-old to an abandoned farmhouse and watched as she was violently sexually assaulted, is in June 2027.

Mr Justice Paul McDermott also ordered probation, governor and education reports be prepared every two years for the benefit of the reviewing court, once the teenage boys are released from Oberstown detention centre and placed in custody.

The teenage boys, now aged 15, will be detained at the young offenders’ detention centre until they turn 18 when they will be moved to an adult prison. The judge said the reports were not intended to “micro-manage” the boys’ sentences, but to give the court a clear view of what has happened in the course of their detention.

Sentencing the boys, the judge ordered reports be furnished to the court ahead of their reviews so their development from teenagers to men could be assessed by the court. Following that review a judge may impose a fixed date term.

The case was back before Mr Justice McDermott on Friday to consider additional reports concerning the boys once they leave the detention centre and the review date for Boy B. The judge said the appropriate date for Boy B’s review should be January 19th, 2026 and not January 13th, 2025 as mentioned at the sentence hearing.

A review of Boy A’s sentence will take place in January 2029.

The two boys, referred to in the media as Boy A and Boy B, were 13-years-old when they murdered Ana Kriégel in an abandoned house at Laraghcon, Clonee Road, Lucan on May 14th, 2018. Now aged 15, they were convicted by unanimous jury verdicts in June of this year. Boy A was also convicted of Ana’s aggravated sexual assault in a manner that involved serious violence to her.

The judge said the boys first period in detention would bring them until they were 18, when they will be transferred to an adult facility at age 18 years and six months.

Reports on their engagement with educational, psychological and psychiatric services would be of assistance to those taking over their custody, he said. There should also be a plan for their further development while in prison.

Reports should then be prepared at two-year intervals, chronicling what has happened, which would be available to the courts at the time of their review.

“They are not reports for the purpose of micro-managing the sentences, it is for the courts to have a very clear view of what’s happened during the course of their detention,” he repeated.

The judge said there had been a request from Oberstown that the boys psychiatric and psychological reports be made available to them to assist in the course of their work over the next couple of years. “I don’t wish it to trespass on any work they are doing,” he said, adding that he does not have a difficulty unless others have.

Brendan Grehan SC for the Director of Public Prosecutions said the request was purely a matter for the court and the two boys. A legal representative for Boy B said he would have to take instructions from his client.