Witness said accused told him ‘now I know what it’s like to be a killer”, court hears 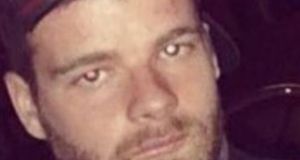 A 20-year-old “boasted” about stabbing a homeless man with cerebral palsy to death, telling a drug dealer that he had put the deceased “out of his misery”, a jury has heard.

The accused’s barrister also told the Central Criminal Court on Thursday that his client Philip Dunbar accepts he must have carried out the stabbing but cannot remember doing it.

A witness, who cannot be named by order of the court, said the accused called to his house following the stabbing still carrying a knife stained with the deceased’s blood and told him he had lured Adam ‘Floater’ Muldoon into a field, stabbed him and cut his throat while Mr Muldoon begged for his life.

The witness said the accused told him: “Now I know what it’s like to be a killer. I know how it feels to be a killer.” The witness also denied during cross-examination that he was present when Mr Muldoon was stabbed.

Giollaiosa O’Lideadha SC, for the defence, told the trial that his client accepts that he went into Jobstown Park with Mr Muldoon and must have carried out the stabbing, but said his client “doesn’t have a memory of the actual stabbing”.

Mr Dunbar, of Glenshane Drive, Tallaght, Dublin 24 has pleaded not guilty to the murder of Adam Muldoon at Butler Park in Jobstown Park, Tallaght on June 22 or June 23, 2018.

The witness, who described himself as a drug dealer, told prosecution counsel Pauline Whalley SC that he was at home on the night of June 22nd going into the following morning when the accused sent him a message on Facebook saying he needed to tell the witness something.

At about 12.15am the accused called around. He was “a bit agitated”, the witness said. He said Mr Dunbar told him he had lured Mr Muldoon into a field, stabbed him and cut his throat while Mr Muldoon “begged for his life”.

The witness said Mr Dunbar told him that he knew Mr Muldoon was dead “the second I got him in the neck” but that he “kept going and kept going” changing the hand that he was holding the knife in so that he could keep going. He said the accused didn’t seem distraught but appeared to be thinking about what he was going to do and was “proud of it. Boasting about it”.

He said the accused was waving the knife, a Swiss army knife, which was bloodied and “still had part of Adam’s neck on it”. He said the accused further described how he left Mr Muldoon but went back a short time later. The witness said Mr Dunbar told him that the deceased’s eyes were “rolled up into the back of his head” like he was on ecstasy and that he was making gurgling noises. The witness said he knew Mr Dunbar had done something but he wasn’t sure what. “He was always a shit talker,” the witness said.

The following morning at about 9am the witness said Mr Dunbar called to his home again and they went together to the Square in Tallaght. The witness said he told Mr Dunbar to hand himself in. They went to the nearby Sean Walsh Park to smoke a joint and the accused threw the knife into a body of water. He said the accused then told him the full extent of what he had done the previous night and the witness told him, “you’re a scumbag”.

Under cross examination the witness told Mr O’Lideadha that he “had a rough idea” that the accused still had the knife on him when they went to the Square and Sean Walsh Park the next morning.

He denied that when he spoke to gardaí he was worried that he would get into trouble for going with Mr Dunbar to get rid of the knife. Mr O’Lideadha put it to him that he had said different things at different times and that he was an unreliable witness. The witness disagreed.

The witness replied: “He told me exactly what he did.” When Mr O’Lideadha asked the witness if he was present when the stabbing occurred, he replied: “When he done it? No, not at all.” He said CCTV footage can prove he was at home.

The trial continues on Friday in front of Mr Justice Paul McDermott and a jury of six men and six women.