Judge directed the case would proceed in camera 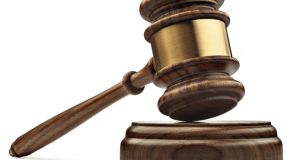 The judge directed the case would proceed in camera but said designated members of the media could attend and report subject to restrictions.

A couple have asked the High Court to overturn the Adoption Authority of Ireland’s refusal to recognise their adoption of a young Mexican girl.

The central issue is whether the adoption was required to accord with requirements of the Hague Convention on the Protection of Children dealing with inter-country adoptions which became law here in November 2010 when the Adoption Act was formally ratified.

In an affidavit provided to the court previously, one of the parents said the authority would not recognise 19 adoptions by Irish families from Mexico.

A letter from the Mexican embassy referred to the children as “victims”, urged that they remain in Ireland and that a solution be found. The wellbeing of the children must prevail over all other concerns, it stated.

When the full action came on for hearing yesterday before Mr Justice Henry Abbott, the Sunday Times sought to report it while lawyers for the couple and the State sought to have the proceedings heard in camera.

In camera
The judge directed the case would proceed in camera but said designated members of the media could attend and report subject to restrictions.

Dáithí Mac Cárthaigh, for the parents, said there was no dispute this couple were suitable to adopt the child as they had been cleared in that regard by the authorities here and in Mexico.

The couple went through an onerous process during 2010 to secure the adoption, including having to stay in Mexico for about six months until the adoption was finalised, he said.

When they returned to Ireland with the child in March 2011, they were told the adoption authority could not recognise the adoption because it did not meet requirements of the Hague Convention.

The couple contended the Hague Convention did not apply to this adoption because it was not Irish law when this adoption was being arranged.

Because the convention did not apply to this case, it could not be said his clients had not complied with it, Mr Mac Carthaigh said. He will resume his submission at a date to be fixed.