‘The pain and heartbreak I felt was so immense,’ mother tells inquest 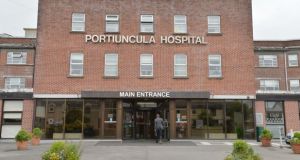 A jury has delivered a verdict of medical misadventure at the inquest of a baby stillborn at a Galway hospital almost ten years ago.

At an inquest into the death of baby Asha in March 2008, the hospital apologised unreservedly for failures of care and for the lack of communication with the family following their loss.

The coroner praised the couple for their courage in speaking about their loss and said the changes in hospital policy at Portiuncula Hospital served as a legacy for baby Asha.

“We are relieved the coroner came to this conclusion and that we got this information today, the openness today was appreciated,” Mr Reilly said, speaking after the inquest.

He said it’s been a “non stop fight all the way along” to get answers.

“There’s been a lot of heartache involved its been very tiring and stressful for all involved.”

Ms Reilly was 30 weeks pregnant when she went to Portiuncula Hospital in Ballinasloe, Co Galway feeling dizzy and unwell. She was admitted shortly before 11pm on March 7 2008.

“Dr Hegazy didn’t speak to me. I felt the midwife was not convinced everything was okay. I saw her shaking her head,” Mrs Reilly said.

Ms Dowd said she suspected a placental abruption, a serious condition where the placenta separates from the womb but said she felt reassured by Dr Hegazy’s examination.

A “snapshot” CTG monitor of the baby’s heart rate was taken shortly after Ms Reilly’s admission.

It was more than four hours later when staff attempted a second CTG that no heartbeat was found.

Barrister for the family Sara Antoniotti asked Dr Hegazy if Ms Reilly had displayed “all the classic signs of placental abruption” and he agreed she had. However, he said the patient had no risk factors for this condition and he felt at the time she was more likely to be suffering a urinary tract infection.

In hindsight, the doctor admitted he should have continued the CTG for longer.

The labour ward was “extremely busy” and Ms Reilly was given a bed on the maternity ward, the inquest before coroner Richard Joyce heard.

When Ms Reilly, then aged 27, noticed she was bleeding, she went to the nurses station.

“I explained I was in a lot of pain and I was bleeding. She (a midwife) asked me to go back to bed. I was curled up in a ball the pain was so severe, I was crying,” Mrs Reilly said.

When she realised the bleeding was getting worse Mrs Reilly returned again to the nurses station.

“It took all my strength to get out of bed. No one had come to see me since. I’d lost a huge amount of blood. I was not able to stay standing,” she said.

She was taken into the labour ward but a CTG attempt at 3.28am failed to locate a foetal heartbeat.

Dr Hegazy examined her and told her the baby had died.

Ms Reilly was rushed to theatre for an emergency Cesarean section and Baby Asha was stillborn at 4am.

“I told Warren I was so sorry and he told me, as he burst into tears, it was not my fault.”

“The pain and heartbreak I felt was so immense. Those moments with our daughter were so precious.

“As a family we have grieved so much for Asha. Our daughter Angel still talks about her. The pain of losing her will never leave us,” Mrs Reilly said.