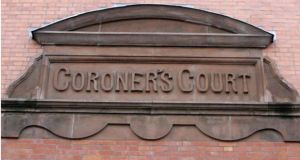 New arrangements have been made at a private hospital to ensure adequate cover for consultants after a patient died nine days after varicose vein surgery.

Karen McCabe (46) of Bewley Drive, Lucan, Co Dublin underwent radiofrequency oblation, a procedure to remove varicose veins at the Bons Secours Hospital in Dublin in August 2014. Her vascular surgeon Professor Austin Leahy went on a break to Co Kerry two days later. On August 15th Ms McCabe died due to a blood clot in the lung believed to have originated in the lower leg.

An inquest heard she presented at Beaumont Hospital on August 14th and died the following morning. She had contacted the Bons Secours three days before her death complaining of pain in her knee and difficulty walking.

Dublin Coroner’s Court heard that Bons Secours Senior House Officer (SHO) Dr Kingsley Opputeh wanted to admit and scan her on August 13th, but only Prof Leahy could authorise Ms McCabe’s admittance . Prof Leahy had left instructions that he should be contacted via text if needed but network coverage was unreliable, the court heard.

He noticed a missed call from a general Bons Secours number and did not reply because it was not a specific number, the court heard.

Hospital manager Mike Tonery confirmed it was hospital procedure that consultants must take responsibility for admitting patients but said “never again” would an SHO be prevented from admitting a patient because a consultant was not available. He outlined new measures introduced in the wake of Ms McCabe’s death. Coroner Dr Brian Farrell returned a verdict of medical misadventure.