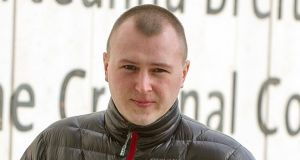 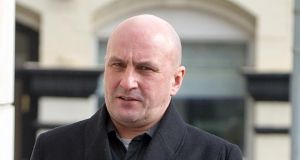 Three men have been sentenced for carrying out a forced eviction for a landlord who was having trouble with squatting tenants.

Dublin Circuit Criminal Court heard that the three Lithuanian nationals seemed to be unaware that they were breaking the law when they forced an innocent tenant to pack his bags and leave.

Darius Adamonis told gardaí the owner of the house, Peter Downey, had told him that he was having trouble with people in his house and he wanted them kicked out of the house.

Judge Martin Nolan described the offence as “an old fashioned way of solving a perennial issue, but also highly illegal.”

He jailed Butrinovicius for two years as he had produced an imitation firearm and he imposed an 18-month sentence on Darius Admonis because he had known the landlord.

Judge Nolan gave Darvydas Adamonis a two year suspended sentence as he did not initiate the “escapade”.

The court heard that student Richard Nagle (25), who was not one of the squatting tenants, had only moved in days earlier after paying a man a €500 deposit for a room in the house.

Det Garda Damien Murphy told Seamus Clarke BL, prosecuting, that Mr Nagle was a student renting one of the bedsits in the three storey sub divided building. He said the men had met Mr Nagle in the hallway of the building and began asking him questions about his tenancy and about other residents.

When he went to move one the men blocked his exit by gently placing a hand in front of him. They told him “You’re moving out. Get your stuff” and led him upstairs to his room. They told him he could not use his telephone.

Mr Nagle said he felt terrified and intimidated by them and feared for his life. He was begging the men to let him go but they said: “No, we’re taking over here, so get your stuff out”.

The men followed him into his flat where the victim noticed Mr Butrinovicius was holding a firearm. This later turned out to be an air pistol.

Mr Nagle packed up all his belongings into three bin bags and took them out the front of the house. He told later gardaí ­ that he saw some of the men kicking in the doors of other flats.

After the eviction the victim contacted gardaí­ who arrived at the scene shortly afterwards. The three men were still there beside the 2007 Lexus car they had arrived in.

They told gardaí they were collecting rent from tenants and were working for the landlord.

Darius Adamonis later said he was friends with the landlord and was doing this as a favour. He said the landlord had told him that a tenant hadn’t paid rent for five months and asked him to help him deal with it.

He brought his son and Butrinovicius, his daughter’s partner, along to help. He told gardaí­ he had no intention of using force and he didn’t realise that Butrinovicius had a firearm.

The court heard that Mr Downey, the landlord, made a vague statement to gardaí ­ in which he described having squatters in the premises which was making it impossible for him to show the house to potential buyers.

Garda Murphy said Mr Nagle may have been the victim of a scam in which the room was rented out to him without the knowledge of Mr Downey.

Mr Nagle had replied to an ad on the classifieds website Gumtree a few days earlier. He had met a Northern Ireland man named Martin and paid him a €400 deposit and €100 in rent.

He had asked for a receipt but this man had said he was illiterate and told the victim he was working as an agent on behalf of the person who owned the premises. This man later gave the victim a rent book with Mr Downey’s details on it.

Dominic McGinn SC, defending, said the men had taken part in a forced eviction but probably didn’t know this was against the law.

After their arrest the men seemed perplexed as to what crime they were alleged to have committed, the court heard. Counsel said they showed a little naivety.