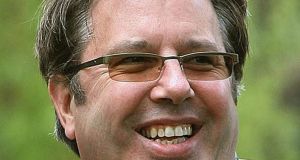 A Revenue sheriff is suing RTÉ and a plumber who allegedly said on the late broadcaster Gerry Ryan’s radio programme that he had seized €3,000 worth of goods from the wrong house. File photograph: Julien Behal/PA Wire

A Revenue sheriff is suing RTÉ and a plumber who allegedly said on the late broadcaster Gerry Ryan’s radio programme that he had seized €3,000 worth of goods from the wrong house.

It is claimed that references during the show in 2010 suggested that Revenue wrongly targeted and took goods from the “family home” of the plumber, Seán Murray, instead of his brother Barry’s property.

The sheriff, Patrick J Cusack, of Old Castle, Co Meath, claims in defamation proceedings against RTÉ and Seán Murray that Mr Murray had referred to him on The Gerry Ryan Show on April 15th, 2010, as having seized the goods.

Both RTÉ and Seán Murray have entered full defences, denying defamation and all of the allegations levelled against them in the proceedings.

Pleadings in the case state that the Revenue had been targeting Barry Murray’s plastering business, Guys That Plaster Ltd, with an address at Balregan, Kilcurry, Dundalk, Co Louth.

Mr Cusack claims that a bailiff had, under warrant, entered a property identified to him as the premises of Guys That Plaster Ltd and seized items in accordance with the code of practice for Revenue sheriffs.

Mr Cusack is alleging that the content of the radio interview accused him of unlawfully breaking into Seán Murray’s workshop, committing a burglary and creating criminal damage, including allegedly breaking down the door.

He is also claiming that he had been accused of theft and of stealing property to the value of €3,000 in a criminal act.

Seán Murray has lodged a counter-claim against Mr Cusack, in which he claims exemplary damages for misfeasance, negligence or improper performance of a lawful act in public office, damages for trespass, wrongful detention of his goods and negligent mistreatment.

On Thursday, lawyers for the parties told Judge Terence O’Sullivan in the Circuit Civil Court that the case, which was down for hearing next month, was not ready to proceed.

The judge adjourned the proceedings to be heard early next year, at a date yet to be fixed by the Circuit Court Office.