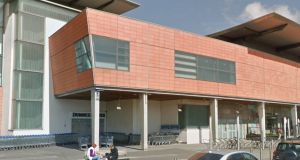 A “family man” has received a two-year prison sentence for a road rage incident in which he boxed in another driver’s car before repeatedly punching the victim in the head.

Michael Reilly (50) stopped his van in front of another driver after that driver had shouted at him for pulling across traffic as it was moving off from a busy junction at a suburban shopping centre.

Reilly got out of his van and used a lump hammer to hit the windscreen, although it did not cause any damage.

Reilly then grabbed the victim as he was trying to get out of his car and began punching him in the head with his fist. He was shouting at him that he was going to kill him.

Witnesses described Reilly having the victim in a headlock and punching his head up to four times. He then got back into the van and drove at the disorientated victim, forcing him to jump out of the way.

Reilly then drove off but was identified by gardaí­, who arrested him 18 months later.

Detective Garda Karen Duffy told Dara Hayes BL, prosecuting, that Reilly’s previous convictions include assault, production of a weapon and road traffic offences. Mr Hayes told the court that some months after this road rage assault Reilly was involved a very similar offence in which he assaulted a motorist after boxing in his car.

Patrick Reynolds BL, defending, told the court that the later incident was linked to a family feud which is now resolved.

He said his client is a family man who was under “a fair amount of pressure” at the time of these offences. His son-in-law was on life support for months following a serious car crash and he eventually died and there was a fire at the halting site in which he lived with this family.

He said on the day of the 2017 attack there was some shouting between the two drivers and “the red mist descended” on his client. He told the court Reilly has anger issues.

He said his client is “a fine upstanding family man who has worked all his life, who lost the plot on two occasions”.

Judge Martin Nolan said he accepted Reilly is remorseful but said that he behaved appallingly. He suspended the final year of a three-year prison term on condition Reilly pay €2,000 to the garda for onward transmission to the victim.

Reilly is already serving a prison sentence for the 2018 assault of another motorist, also at the Pavilion Shopping Centre. Reilly and another man were in a van which rammed Martin Maughan’s jeep before they attacked the victim.