Girl who broke ankle in garden of her council house gets €35,000 damages 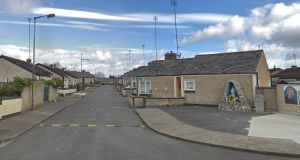 A schoolgirl who broke her ankle when she stepped in a pothole while playing in her back yard has been awarded €35,000 damages against Dublin City Council.

Esther Earley, counsel for Maria Collins, of Avila Park, Cappagh Drive, Finglas, Dublin 11, told the Circuit Civil Court the incident happened just over 18 months ago when the girl was 14.

Ms Earley said Maria’s ankle twisted in a hole in the tarmacadam surface of the backyard of her local authority home and she was taken to Temple Street Children’s Hospital. X-rays had revealed a fracture and her ankle was later put in a cast for five weeks.

Judge Groarke, who approved the settlement offer of €35,000, heard the girl suffered from a limp for a short while after the incident but had since made a complete recovery.

Ms Earley said Dublin City Council was not only the local authority responsible for the area but was the landlord for the development and had an inspection and maintenance function.

She had been told by Maria’s mother, Caroline Collins, that complaints had been made to the council prior to the incident about the unsafe condition of the yard.