‘Quite frankly, asking someone to pay for a meal isn’t defamatory’, says judge 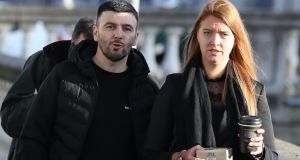 A couple, who claimed they had been defamed by staff who asked them to pay a dinner bill at a Dublin pub-restaurant, have lost a €75,000 claim.

Judge John O’Connor, dismissing the claim by Glen McCarthy and Joanna Walsh, said in the Circuit Civil court on Monday that he had found Mr McCarthy’s evidence to have been very argumentative.

The judge said it was probably his argumentative attitude in the Harbourmaster Bar and Restaurant close to Dublin’s IFSC on the evening of January 4th last year that had led to the proceedings having been taken.

Barrister Matthew Gahan told the court the Harbourmaster was denying there had been any defamation of either or both of the two plaintiffs and had entered a full defence to the single defamatory claim by both.

Mr Gahan, who appeared with Rory Deane Solicitors, said the couple had left the restaurant without having settled their bill and had been approached for payment in the smoking area outside.

Judge O’Connor had heard from Ms Walsh, a bridal sales assistant of Island Quay, East Road, Dublin 3, and her partner, Mr McCarthy, of Constitution Hill, Dublin 7, of their embarrassment and humiliation at having been asked to pay the bill after having left their table and the restaurant.

Mr McCarthy said they had left belongings such as coats at the table while they had gone outside to the smoking area for a cigarette. He said they had been out for no more than five minutes. The waitress had asked for payment in front of other customers.

They had come back into the restaurant afterwards and settled their bill with a €19 voucher and €11 in cash.

The duty manager Michael Brennan had spent 15 minutes with them explaining house policy regarding payment for meals. Mr Brennan told Mr Gahan that when they had asked for the manager he had met them and had spoken to them in a low voice and had dealt with the matter sensitively.

He had explained to them that after having been “burnt” on a number of occasions by customers having left the restaurant before settling their bills, the establishment had introduced a house policy whereby staff would ask for payment.

Judge O’Connor said the couple had taken umbrage in relation to their having been asked to pay the bill and had claimed that this had been defamatory. Mr Brennan had sat down with them and had tried to explain matters.

“Quite frankly, asking someone to pay for a meal isn’t defamatory and by no stretch of the imagination is there any evidence that they were defamed,” the judge said.

He felt Mr McCarthy’s argumentative attitude, as displayed in his evidence, may have had more to do with what had happened in the restaurant.

When told by counsel for the couple they would not be appealing his decision the judge made no order for costs against them.