Casey took ‘every opportunity to have his way with the victim’ 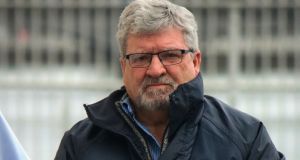 A “predatory” Limerick man, who set up a children’s charity in West Africa, has been jailed for six years for the sexual defilement of a 13-year old girl over two years.

Formerly of Grey House, Mary Street, Limerick, Casey was previously found guilty by a jury at Limerick Circuit Court of 16 counts of defilement of a minor. The jury acquitted him of three counts of sexual assaulting the girl.

The offences took place between June 2009 and December 2011, at various locations, including a wood, in the victim’s family car and at the victim’s home, over a two-year period.

Described in court as “a salesman and shopkeeper”, Casey befriended the victim’s family and began abusing the 13-year-old girl during trips in her parents’ car when they went to walk the family’s pet dogs in local parks.

“The accused told the girl he was preparing her for later life,” Judge O’Donnell said, adding that the abuse was uncovered when the victim told a school friend who told a school counsellor. Casey “emphatically” denies the charges.

Casey told gardaí he believed the victim had accused him “because he had left for Africa without saying goodbye” and that he made a “derogatory comment” about a boyfriend of the victim, during a Skype conversation.

The victim kept a diary of the abuse, the court heard. Casey has no previous convictions and was regarded as having a good work ethic.

He helped set up a charity in Ghana, providing literacy skills to children and adults. He was also involved in running a company providing mosquito repellant, the court heard.

In a victim impact statement the girl said the abuse left her severely traumatised. She is receiving help from the HSE child and adolescent mental health service provider CAMHS and therapy from the Cari Foundation.

“It is quite clear the serious impact on her life. Her relationships have been affected. The pain is clear. The stress of the trial was hard to cope with. She can only hope she can gain some sort of closure,” the judge said.

“The accused does not accept the verdict of the jury and the defence is not in a position to offer an apology at this time,” Judge O’Donnell said.

The court was told Casey had “led a productive life”. “He is a retired shopkeeper. He is still involved with charity work in Africa, which he continues to travel to regularly,” the judge said.

He added Casey “has been the subject of insidious abuse on social media”.

“He has come back [from Africa] and honoured his bail conditions at all times.”

Judge O’Donnell said the “aggravating factors” were “the defilement of a child” and the “grooming nature of the accused”.

“He was trusted by the victim and the victim’s family. He was given the loan of the family’s van to take the girl on dog walks.

“The predatory nature of the accused’s actions; the physical and psychological harm caused to the victim; the age gap – she was 13 and he was 62 when abuse began. It was a breach of trust.”

He added: “The accused took advantage of every opportunity to have his way with the victim, during walks, at [other locations], in the back of a van, at the victim’s home, and at the accused’s [home].”

Casey, who was placed on the sexual offenders’ register indefinitely, showed no emotion as the sentence was imposed.

“He still maintains his innocence. He’s aged in his 70s, and any incarceration will prove very difficult [for him],” the judge said.