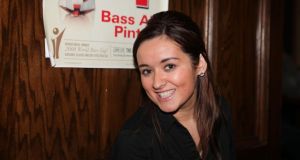 The trial of a man accused of attacking Co Armagh student Natasha McShane in Chicago has heard that a stone was discovered lodged in her throat after she was rushed to hospital.

The trial of Heriberto Viramontes (34) for the attempted murder of Ms McShane (27) from Silverbridge, Co Armagh, on April 23rd, 2010, had earlier heard evidence from Stacy Jurich, who also suffered serious injuries in the attack.

The two women were hit on the back of their heads with a metal bat as they walked home together after a night out in Chicago. Ms McShane has been left with extensive brain injuries and has struggled with her speech and mobility.

Dr Marius Katilius said Ms McShane suffered a traumatic brain injury, with blood discovered both inside and outside the skull. Three lacerations were discovered.