Coronavirus: Thousands of gardaí on patrol to ensure new restrictions complied with 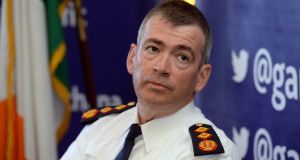 A major policing operation has begun to ensure new restrictions to counter the coronavirus pandemic are complied with by the public.

Gardaí are mounting a large-scale, high visibility presence across the country this weekend to check people are adhering to the new public health measures announced by the Taoiseach, Leo Varadkar on Friday evening.

Garda Commissioner Drew Harris said the focus of activity would be on encouraging members of the public to follow the restrictions recommended by the Government.

The operation, which began at 7pm on Friday and will run until 7am on Monday, will involve thousands of gardaí on foot, bike and mobile patrols.

While the focus will be on encouraging compliance with the new measures, gardaí said they will intervene where any groups of people or venues or outlets are ignoring the new restrictions.

While gardaí acknowledged that the vast majority of the public were acting responsibly and making great efforts to implement public health measures, they said the presence of large crowds in any one area reduced the impact of social distancing.

Gardaí have called on individuals and families to avoid popular locations for overly long periods and to leave such areas if large numbers are present.

“An Garda Síochána’s priority is keeping people safe and that will continue this weekend,” Mr Harris said.

He added: “There will be a major policing plan across the country with high visibility of Garda members at key locations.”

Mr Harris said it was vital that people adhered to social distancing guidelines in order to reduce the spread of Covid-19 and save lives.

Gardaí said the high visibility patrols were designed to provide reassurance to the public as well as advice on social distancing.