Complaints made against Coláiste na bhFiann founder in the 1990s 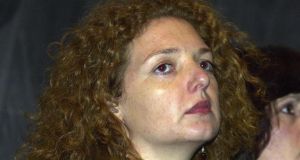 Fiona Neary of the Rape Crisis Network: “It appears that at least two opportunities in 1991 and 1998 were presented to the gardaí to investigate allegations against this very influential and powerful figure.” Photograph: Cyril Byrne

There have been calls for a full review by the authorities into how a leading figure in the Irish language movement escaped prosecution over allegations of sexual abuse for decades.

Domhnall Ó Lubhlaí, who died last month aged 84, was the founder of Coláiste na bhFiann, which has been running Irish language summer courses in the Gaeltacht since 1968 attended by thousands of students.

He had been a teacher at Coláiste Chilian in Clondalkin and had also been an employee of Gael Linn.

Since his death, a number of people have alleged publicly that Mr Ó Lubhlaí sexually attacked and abused them when they were teenage boys in the 1960s and 1970s either at school or during Coláiste na bhFiann outings.

However, the subsequent prosecution in which Mr Ó Lubhlaí faced 56 charges made by five men collapsed after evidence from the earlier Garda investigation could not be produced.

Yesterday, several agencies which support abuse victims and a Sinn Féin councillor called for reviews of all the investigations to ascertain whether more could have been done.

There may be allegations of sexual abuse made against Mr Ó Lubhlaí dating back to the mid-1950s when he was in the Defence Forces.

The latest allegations, which were highlighted by Sorcha Ní Mhonacháin on TG4’s Nuacht and by Rónán Mac Aodh Bhuí on Raidió na Gaeltachta, have come as a shock to the Irish-speaking community, in which Mr O Lubhlaí was regarded a towering figure, having pioneered the concept of Gaeltacht courses. He also briefly presented an Irish-language programme on RTÉ television in the 1970s.

In interviews with TG4, Gearóid Ó Conchubhair alleged that Mr O Lubhlaí sexually assaulted him when he was a 13-year-old attending the Coláiste na bhFiann summer courses in Rosmuc in the 1970s.

Thorough review
Chief executive of Oireachtas na Gaeilge Liam Ó Maoladha alleged Mr Ó Lubhlaí had abused him first in 1971 in Dublin. He told TG4 that the memory of the alleged abuse, and the fact that he was unable to disclose it for 40 years, has affected him every day of his life.

Fiona Neary of the Rape Crisis Network said yesterday it was incumbent on the Garda Commissioner to ensure a thorough review takes place of all the investigations relating to Mr Ó Lubhlaí .

Ms Neary said: “Mr Ó Lubhlaí has allegations against him that date from 1955 up to the present day. It appears that at least two opportunities in 1991 and 1998 were presented to the gardaí to investigate allegations against this very influential and powerful figure.”

Trevor Ó Clochartaigh of Sinn Féin said there was a need for a full investigation to ascertain whether the authorities and Garda Síochána had been remiss in their duties.

“This is a man who was revered as a pioneer in Irish language and education spheres, was held in very high esteem by people in positions of power in political life, the public and civil service, the church and the community,” said Mr Ó Clochartaigh.

“It is alleged that he abused his position of power to target vulnerable youths to sexually assault them.”

Mary Flaherty of Cari, which counsels abuse victims, said abusers, despite the popular myth, often groomed and abused their victims in “plain sight”.