Beware the dangers of restorative justice 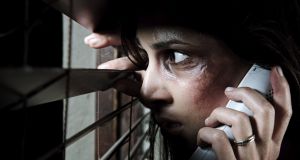 Domestic abuse: one of the three areas where extra care is needed with restorative justice

The case of John Carvin, a 45-year-old man from Swords, Co Dublin who sexually abused his brother’s stepdaughter, was depressingly unremarkable for the Irish courts.

Convicted last year of abusing the seven year old, he continued to protest his innocence despite the verdict. After conviction, the victim told the court she wanted Carvin named in the media.

This is where things began to differ from the many similar cases that come before the courts.

Judge McCartan said he would not allow Carvin to be named just yet. First he wanted to know if the victim would consider a restorative justice programme; in other words, would she agree to meet her abuser face-to-face before sentencing.

Until that point, Carvin had refused to admit guilt. However, when restorative justice (RJ) was put on the table, and with it a potential non-custodial sentence, he changed his mind and accepted the jury verdict.

Two weeks later, the victim returned to court and said she did not want to take part in the programme. The judge went on to impose an entirely suspended sentence on Carvin. The victim’s family wept and one ran from the room as the sentence was read out.

It was a perfect example of a case where restorative justice should not be on the table as a part of sentencing. It lacked the two most basic ingredients the programme requires – genuine acceptance of guilt by the accused and a willingness to take part by the victim. The fact that the girl wanted Carvin named publicly should have been an adequate signal to the judge that she did not want to sit in the same room as him.

The benefits of restorative justice are well known. It can significantly reduce reoffending rates and is particularly effective at diverting youths from crime by showing them the effects of their actions. Perhaps most importantly, it restores a sense of agency and control to victims.

They are no longer merely a witness in their own case; they can confront the offender on their terms and understand why they were targeted. Originally introduced here to deal with youth offending, restorative justice is increasingly being suggested for more serious crimes such as sexual and domestic abuse. However, some advocates say this extension could put victims at serious risk if not handled properly.

According to Dr Marie Keenan of the School of Applied Social Science at UCD, there are three areas where extra care is needed with restorative justice: sexual violence, domestic abuse and murder where the victim’s family are involved in the process.

“The concerns are the revictimisation of the victim, being in the room with the offender. That he would glance in a particular way, make a snide comment or whatever,” Keenan said.

“Allied to that are concerns of retraumatisation; the power imbalance that would get played out again in the room. Then there’s the physical safety of the victim.”

Domestic abuse cases are particularly challenging according to Margaret Martin, director of Women’s Aid. They are a unique category of offence as there is usually a long-standing, and often ongoing, relationship between the parties and the abuser may have methods of controlling the victim that would not be obvious to RJ facilitators.

“There was a big ouch factor here in Women’s Aid about RJ because of this power and control issue,” said Martin. “How do you set up something where you have people on an equal footing and how do you undo damage when there is very often a long number years of abuse?

“Within the dynamics there’s an awful lot of coercive control and power which sometimes could be missed by someone walking in. When people think of domestic violence, they think of a woman being battered, bruised etc. They don’t consider the much more subtle methods of control, which can be just a gesture.”

Because restorative justice often takes place pre-sentencing and is associated with non-custodial sentences, there is the added worry in domestic cases of an abuser forcing his victim to volunteer for the service so he gets a lighter sentence.

“That’s part of the reason we have so many concerns,” said Martin. “You have to be very skilled and manage something really well to know what’s going on. A lot of these guys are very manipulative. They’re emotionally highly skilled and highly intelligent.”

Don Hennessy has seen many such men in his roles as a relationship counsellor and as the former director of the National Domestic Violence Intervention Agency.

“Perpetrators of domestic violence will use every tactic available to escape sanction including grooming both the victim and the community to feel sorry for them,” said Hennessy. “The context of an intimate relationship will give him unique access to the victim.”

Like Martin and Women’s Aid, Hennessy is against the use of restorative justice in domestic violence cases. “Applying RJ to intimate abuse is like applying face cream to a cancer as it does not analyse the issue and diagnose the problem,” he said.

“The fundamental belief underpinning RJ is the assumption that the perpetrator has a conscience and that access to this virtue will allow the perpetrator to recognise the effect of the crime and to feel sorry for the victim. In the case of domestic violence the perpetrator does not believe that he has done something wrong.”

However, according to Keenan, who has co-authored a study calling for the option of restorative justice for sexual offences, there are solutions to these concerns including proper training and preparation. “Victims need a lot of preparation by facilitators who have a lot of training in the dynamics of sexual violence and the impact of trauma.”

There are currently several restorative justice services scattered across the country, each with their own techniques and guidelines. Having a single statutory agency would mean standardised and high quality training and practices, said Keenan.

The danger of an offender forcing a victim to take part in restorative justice for his or her benefit could be addressed by at first only allowing it for serious crimes after sentence has been passed.

Physical safety and revictimisation concerns could be addressed by not having the parties in the same room and using a video link, live or otherwise, or even an exchange of letters.

Restorative justice isn’t going anywhere. It is an incredible tool for restoring power to victims of serious crimes. But without a coherent approach, the worry is that it could equally be dangerous to the most vulnerable of those victims.