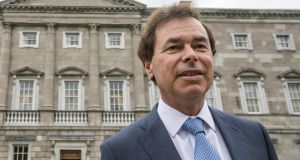 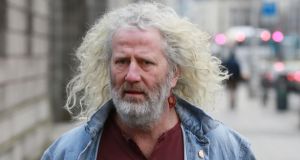 Mick Wallace arriving at the Four Courts where former minister for justice Alan Shatter has lost his appeal against the Data Protection Commissioner’s decision on a complaint taken by the Independent TD. Photograph: Courts Collins

Former minister for justice Alan Shatter has lost his appeal against a decision by the Data Protection Commissioner that he breached data protection laws by disclosing information about Independent TD Mick Wallace on RTE’s Prime Time.

The commissioner found that Mr Shatter had failed to uphold his statutory duties under the Data Protection Act by disclosing during a televised interview in 2013 that Mr Wallace had been cautioned by gardaí for using a mobile phone while driving. Mr Shatter had appealed that decision to the Circuit Civil Court, arguing that the commissioner had pre-determined the matter before he made his finding.

Dismissing Mr Shatter’s appeal on Wednesday, Judge Jacqueline Linnane said that in her view the commissioner had considered the matter fully. She said the commissioner had taken into account the arguments put forward by Mr Shatter, that fair procedures were followed and that reasons were given for the final decision.

“I do not consider that it has been shown that the decision made was vitiated by any serious or significant error or series of such errors,” Judge Linnane said.

She also said the argument that Mr Shatter did not have standing to take the appeal was “well founded”, as his actions at the time had been carried out in his capacity as minister for justice.

Commenting on the judgment, Mr Wallace said it was a “good decision” and that Mr Shatter had pulled a political stroke by divulging details of his caution.

“I was very surprised that the minister did what he did. It seemed a bit out of character at the time. I think the data commissioner though was very, very thorough in how he analysed the whole thing,” the Wexford TD said.

In his appeal, Mr Shatter had claimed the commissioner pre-judged his inquiry into his actions on Prime Time and made “serious errors” in deciding that he breached data protection laws.

Eileen Barrington SC, for Mr Shatter, had told the court last November that the decision had consequences for the former minister “personally, politically and professionally” and was “a factor” in his resignation last May.

Ms Barrington said there was a “clear absence” of fair procedures in the commissioner’s decision-making process. She told the court on the same day that Mr Wallace lodged a complaint against Mr Shatter, the commissioner made a statement to RTÉ News to the effect that personal data had been disclosed during the Prime Time debate. This showed a “predetermination of matters” and was “quite inappropriate”.

She said that in a letter to Mr Shatter the following day, the commissioner said he was satisfied that personal data about Mr Wallace had been processed by the then minister. “The DPC wrongly started the process with the expression of a conclusion,” she said, adding that there appeared to be a “rush to judgment”.

Barrister Paul Anthony McDermott, for the commissioner, had told the court that Mr Shatter had no right to take the appeal. He said that at all stages the complaint to the commissioner was made against the minister for justice, “who happened to be Mr Shatter at the time.”

Mr Shatter’s correspondence with the commissioner, on ministerial headed notepaper, made clear that he had acted at all times in his capacity as minister, Mr McDermott said, and the only person who could take such an appeal was Frances Fitzgerald, the current minister for justice.

“This appeal failed from the outset because it is brought by someone who doesn’t have a right to take an appeal.”