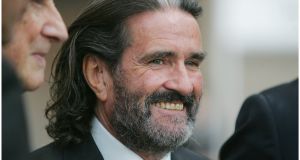 Michael O’Flynn and Johnny Ronan made lengthy submissions to the committee requesting a number of statements be omitted from the report which committee members met to sign off on yesterday.

The developers claim evidence from the National Asset Management Agency (Nama) has been accepted by the committee without question.

Mr O’Flynn and Mr Ronan said they were denied an opportunity to contest some of the testimony received from the agency.

Mr Ronan alleges the committee is engaged in a cover-up aimed at protecting Nama. He said the inquiry was “ignoring its obligation to Irish people and willing it to turn a blind eye to an inconvenient truth”.

He said the committee was engaging in a political agenda to ensure the re-election of the Government which is aiming to portray Nama as “the saviour of the housing market”.

The two developers said they would have no alternative but to take legal action if these references were not removed. It is understood the committee declined to accept the requests and have informed Mr O’Flynn and Mr Ronan of their decision.

The committee received 33 submissions from the 80 interested parties to whom it sent the draft report.

Former taoiseach Brian Cowen took issue with the inquiry’s report, alleging it impugned his good name. Mr Cowen claimed some of the statements included in the report were “leading and prejudicial”.

He said references to a 2008 meeting in the house of a then non-executive director of Anglo Irish Bank, Fintan Drury, before a golf outing in Druids Glen should be removed. The inquiry was told Mr Cowen met former Anglo chairman Seán FitzPatrick and former Central Bank director Alan Gray at Mr Drury’s home before the outing.

Former Central Bank governor John Hurley also took issue with some of the findings with regard to the power the bank had at the time of the economic crash.

Former secretary general at the Department of the Taoiseach Kevin Cardiff, Mr Gray, former Central Bank governor Patrick Neary and a number of auditors all requested changes be made.

The committee agreed to make a number of minor changes. It will now reply to the 33 people who made submissions to inform them whether the amendments had been accepted or rejected.

There will be a standstill period of 21 days where witness can take legal action against its findings. The report is due for publication on January 27th and Sinn Féin TD Pearse Doherty and Socialist TD Joe Higgins have confirmed they will not sign off on it.