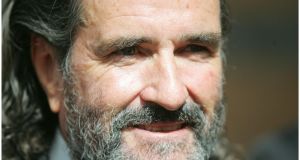 The Oireachtas banking inquiry has agreed to water down its final report after two of the country’s biggest developers demanded a series of changes.

Johnny Ronan and Michael O’Flynn had requested the final report be altered and warned they would take legal action if the changes were not accepted.

The two developers had claimed the Dáil committee investigating the banking crash had accepted evidence of the National Asset Management Agency without question and asked for a right of reply.

The inquiry members met yesterday and agreed to make a number of alterations to the report.

The most substantial is the removal of any reference to a letter from Nama rejecting the claims of Mr O’Flynn and Mr Ronan in their evidence to the committee.

The correspondence will remain online and will include a footnote noting the objections by the two developers.

The committee also agreed to change some of its findings including one alleging the relationship between bankers and developers was too informal.

Mr O’Flynn had objected to that statement, stressing his engagement with the banks was always distant and professional.

Mr O’Flynn appeared before members, while Mr Ronan sent in a submission to the inquiry.

Both documented their difficulties with the agency and Nama rejected the claims made by the developers.

The two men were denied the opportunity to reply to the agency due to the tight time frame available to members of the banking inquiry team to complete their report.

The changes are seen as a significant climbdown by the committee, which had considered the requests previously and refused to change the report.

However, after receiving legal advice and considering the potential legal challenges it agreed to make a number of changes.

The Irish Times understands the two developers are satisfied with the alterations made and view it as a substantive “climbdown”.

Mr Ronan is said to be extremely pleased at the decision and sees it as a U-turn by the committee.

In a statement Mr O’Flynn said he was happy his concerns had been addressed by the committee.

He said he “never wanted to delay or prevent publication of the report in any way, a point that he made very clear to the committee in all of his correspondence”.

The Cork-based developer said he had issues with a “limited number of important points in the draft report that were legally and factually incorrect, and it was important that these issues were dealt with in a way that fully complied with the Act”.

The banking inquiry was told by its legal team the Act governing the committee was unclear and its work could fall if a High Court challenge was initiated.

Some members of the inquiry were said to be extremely frustrated by the decision to accept the requests by developers.