Travel Desk: Cruising to Cuba, NYC restaurants and what to do in Madrid 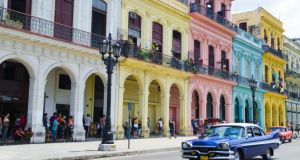 Carnival Cruise Lines has announced details of its new cruise from Miami to Cuba. The cruise company is the first to offer a trip to the island since the US embargo began in 1960. From May 2016, the Adonia, part of Carnival’s social-mission-based line, Fathom, will begin week-long trips with a difference. Because of US travel restrictions on tourism to the beleaguered island, cruise passengers will be required to participate in cultural activities and social outreach events for eight hours a day. The Adonia won’t have a casino, and traditional excursions, such as snorkelling, will be sidelined in favour of volunteer work and educational trips. Fathom Lines is also planning to run similar trips to the Dominican Republic, beginning in April 2016. 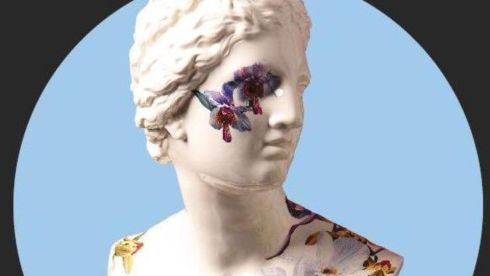 For ceramics enthusiasts, it’s like finally getting inside Willy Wonka’s chocolate factory: yesterday marked the opening of World of Wedgwood, a new interactive visitor experience at the historic design company in the UK. You can try your hand at throwing a pot in the master craft studio (and then watch a master craftsperson do it properly), explore a new museum with more than 3,000 artefacts dating back to the company’s founding in 1759, and stand on specially constructed galleries to observe the production lines on the factory floor. It’s all part of a £34 million (€47 million) revamp of the Wedgwood estate in Stoke-on-Trent. Day tickets cost £15; see worldofwedgwood.com. 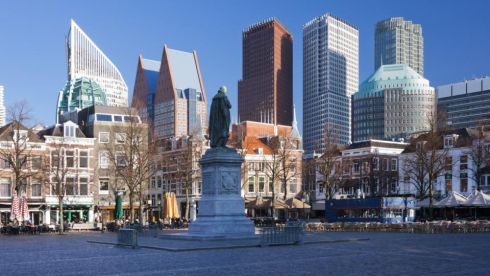 New York’s twice-yearly Restaurant Week is back on the menu. For three weeks between July 20th and August 14th, diners at more than 300 restaurants can eat a three-course lunch for $25 (€22.60) and dinner for $38 (€34.40). There are all kinds of restaurants signed up, but the most coveted reservations are for some of New York’s trendiest fine-dining spots. These include Barbetta, pictured right (321 West 46th Street, barbettarestaurant.com); Mr Chow (121 Hudson Street, mrchow.com), with its exquisite Beijing cuisine; and the internationally recognised Nobu (105 Hudson Street, noburestaurants.com). See nycgo.com.

South Africa’s Western Cape has announced plans to develop a 520km cycle route between Cape Town and Mossel Bay over the next five years, with the first section – a 160km route between Mossel and Plettenberg bays – to be completed by 2017. The goal is to establish the Western Cape as Africa’s trail capital and make it the continent’s most cycle-friendly destination.

In an effort to attract more foreign climbers, the prefecture that administers Japan’s Mount Fuji has this week installed eight wireless hotspots around the country’s highest peak, including three at the 3,776-metre summit. Mount Fuji, about 100km southwest of Tokyo, is one of three “holy” mountains in Japan, along with Mount Tate and Mount Haku, and was declared a Unesco World Heritage Site in 2013 because its beauty was considered an inspiration to poets and artists. Now, climbers have 72 hours from their first login to update their Instagram accounts and Twitter feeds. 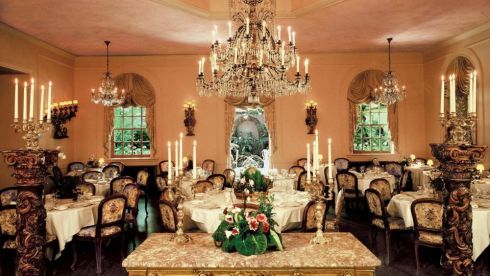 Five things to see and do in Madrid

Madrid’s new left-wing mayor, Manuela Carmen, was elected last month on a surge of expectation. The Spanish capital is a wonderful city to visit at any time, but now’s the moment to enjoy a city riding a wave of positivity. Here are five things to see and do:

El Retiro A green space to rival any in Europe, the magnificent gardens of El Retiro are Madrid’s favourite playground. Landscaped lawns dotted with elegant monuments; gravelled pathways leading from one handsome building to another; and a large artificial lake in the middle – it’s no wonder Madrileños spend so much free time there.

Museo Thyssen-Bornemisza (Paseo del Prado 8; museothyssen.org; admission €10) The third of Madrid’s trinity of art galleries (after the Prado and the Reina Sofia) has a stunning private collection of European art from the 15th to the 20th centuries. From Caravaggio to Munch, they’re all there. Nights out in Malasaña and Chueca The reputation Madrid has for hedonism is down to the narrow streets of these adjoining barrios. Punk bars and literary cafes line the lanes of Malasaña, while the clubs of Chueca are at the heart of the city’s LGBT scene.

Plaza de Santa Ana Many an evening starts at the outdoor tables of this elegant square. The music clubs start up and the sound of jazz and soul waft through the warm evening air. Tapas along Calle de la Cava Baja The tapas bars that line this street in the La Latina barrio are the very best in the city.