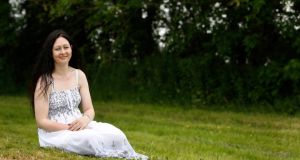 Paula Nash, from Drumlohan, Kilcornan, Co Limerick, was diagnosed at the age of 35 with Asperger’s syndrome. Photograph: Don Moloney/Press 22

Females might be inclined to display more empathy than males with Asperger’s syndrome so they won’t be picked out.

From a young age, I had depression and anxiety episodes, which I suppose are part of Asperger’s syndrome.

I can’t speak for everyone with the condition but, from the people I’ve spoken to, that’s quite common. I didn’t know I had depression. At school, it was almost as if people were counselling me but didn’t know why.

I went to see a psychologist for six months when I was 14 . There was no diagnosis. Things were left up in the air. I went into a new year at school and I didn’t have another episode of depression for a while.

I had difficulty with social cues such as body language. I had no understanding of why people did what they did. In my world, I couldn’t really get why people might try to hurt you, as I would have seen it. I was confused.

I knew there was something wrong with me. I suppose, subconsciously, anyone with Asperger’s syndrome, whether they know it or not, will try to fit in.

It takes a lot of energy to not be yourself. For me, there was a suppression of who I am. There was the feeling of being very different. That can lead to isolation and, up to a point, loneliness.

Over the years, my awareness developed and I have more of an understanding of others and of myself.

I’ve had repetitive hand movements. Then, through the self-development route I’m on, which involves deep self-healing and meditation, my suppression of the hand movements seemed to stop.

I had no idea where they were coming from. They were involuntary movements such as clapping within very stressful situations.

I knew then what it was, because my son had been diagnosed with Asperger’s syndrome, and he had the same hand movements. That was in February. It was a very difficult time.

I did some research into women with Asperger’s syndrome and I learned about Dr Caroline Goldsmith, a clinical neuropsychologist. I had an appointment with her in April. She diagnosed me at that meeting, which went on for 90 minutes. It was quite comprehensive.

When I arrived for the appointment, after getting lost initially, I was quite stressed so nothing was hidden. It made it easier for Dr Goldsmith to see the truth of what I had. I had my own feeling but her telling me was like coming back into wholeness.

I felt it was okay. I could be who I am. But for a week or two afterwards, it was very stressful. I had to disclose the news to my family and other people. It was challenging, but limitations can be challenging.

Having the formal diagnosis has been like a rollercoaster of feelings, emotions and thoughts that have ultimately been a liberation.

Not every disability is visible. Not everyone can verbalise effectively how they feel, and few will ask for help. I am one of the lucky ones.

I have been on a spiritual journey of self-discovery for quite some time, developing innate healing abilities that have been the focus of my attention.

Much greater self-awareness has come through that. I intend to expand this awareness through the study of emotional intelligence.

I hope to join the University College Cork (UCC) autism studies course this year. As a psychiatric nurse, I function very highly in that capacity and it is my wish to see others reach their full potential. It can be the difference between being limited by our differences and being empowered by our strengths.

My son, Brandon, is 14. A psychologist noticed that he had learning difficulties when he started primary school. He had a number of assessments but there was no real knowledge of what he had.

I qualified as a psychiatric nurse in 2006. I felt Brandon could have Asperger’s syndrome. I was also looking at ADHD, and kind of wondering.

He was finding school very difficult. A specialist gave him the eventual diagnosis. He was eight then. He’s been attending Red Hill School in Limerick [a school for children with autism and Asperger’s syndrome].

He has changed completely and is in a much better place; he will transition into mainstream secondary school in September.

We’re both high-functioning. We have our quirks and idiosyncrasies, our challenges, and our gifts and talents.

I don’t think even the experts know for sure whether Asperger’s syndrome is genetic. There might be differing opinions about that.

If you put me and my son into a room with what you’d consider to be normal people, you wouldn’t pick us out. We can manage to fit in very well.