‘They lived in the bush or went to the goldmines’: the Earl Grey scheme saw 4,000 destitute Irish girls, including 117 from Kerry, transported to Australia 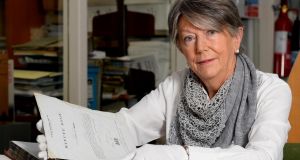 Kay Moloney Caball in the Kerry County Library in Tralee. ‘I had never heard of the Earl Grey Scheme until a few years ago.’ Photograph: Domnick Walsh 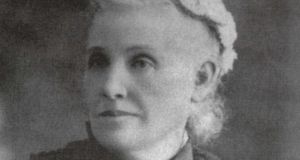 Bridget Ryan, one of the Earl Grey orphans, a native of Bruff who ended up in a workhouse in Listowel, before signing up for the voyage to Australia. Photograph from the book The Kerry Girls: Emigration and the Earl Grey Scheme

What is your first reaction in hearing that 4,000 girls and young women were sent from workhouses all over Ireland to Australia in the post-Famine years, under the Earl Grey “orphan” scheme?

For Kay Moloney Caball, it was a combination of surprise and a sense of disquiet that girls had gone to Australia from the workhouse she grew up near in Listowel, Co Kerry.

“I had never heard of the Earl Grey Scheme until a few years ago,” she says, sitting in one of the archival offices in Kerry County Library in Tralee.

After a successful career in the food industry, where Caball was head of a catering business in Limerick, and also the first female president of the Restaurants Association of Ireland, she sold the business in 2009. Although she had stopped full-time work, “I didn’t think of myself as having retired”, she says. She went to the University of Limerick to do a one-year part-time course in history of family and genealogical methods. It was while she was doing some course assignments that she came across the Earl Grey Scheme.

“I was always interested in how my own family got on during the famine. I started researching that, and came across a book by Michael Guerin, Listowel Workhouse Union, in which he mentioned the scheme.” It was the first time Caball had heard about it, and she decided to explore the topic.

“In the summer of 2012, after the course, I had a major heart operation. I had to sit and rest all summer, but my head wasn’t resting. I decided to write up my research as a book. I wanted to tell people these girls had existed, because nobody seemed to know anything about them.”

Carefully piled up on chairs around us in the library are archive boxes, each of which contain thick, leather-bound books containing minutes of the board of guardians from various workhouses in Kerry in the 1840s. There were six workhouses in Kerry: at Tralee, Cahersiveen, Kenmare, Killarney, Dingle and Listowel. There were 123 in the whole country. The records of all of them – which have thankfully survived – are held in Tralee and are overseen by archivist Michael Lynch. Each book of minutes is the size of a tabloid newspaper and two inches thick, and contains so much information that the first one I pick up covers only three months in the life of one workhouse.

It is these books, these extraordinary slabs of living history, that Caball mined for her research. After the famine, between 1848 and 1850, more than 4,000 girls and young women went from workhouses all over Ireland to Australia. For her book, The Kerry Girls: Emigration and the Earl Grey Scheme, Caball has focused on the 117 who went from Kerry.

“Earl Grey was the son of the famous tea merchant, and secretary of state for the colonies at the time,” says Caball. “It was the post-famine years in ireland, and the workhouses were very overcrowded. They were terrible places to be, especially for women, because there was almost no chance of ever getting out of them. Transportation of convicts to Australia had ended, and the new colony needed more settlers.”

Under the Earl Grey Scheme, it was proposed that unmarried Irish girls in workhouses between the ages of 14 and 18 be invited to apply to go to Australia. This would have the double effect of reducing numbers in already overcrowded workhouses, which was funded by rate payers, and increasing the number of much- needed new settlers in the colony of Australia.

Their passage was to be paid by the Australian government, and they would be supplied by their workhouse with a box of new clothes, which included petticoats, stockings, underclothes, a cloak and two pairs of shoes. It was clear to everyone involved that these girls would never return to Ireland.

“I went into the research thinking they were all forced to go,” Caball says. “The more I looked into it, the more I realised that nobody was forced to go. Those girls had nothing. The workhouse was always the last resort. They would have been in the workhouse because their family was dead, or couldn’t provide for them, or else their family was there with them. Most women who entered a workhouse stayed there all their lives. The only way out was death or being hired as a servant girl to a farm, if anyone could afford to hire one.”

The minute book I’m looking at is for the Listowel workhouse, close to where Caball grew up. The handwriting is tiny, but still clear, and records devastating daily statistics. In one week alone in March 1851, 46 people died in that unbelievably overcrowded workhouse, which then held 5,100 people. There were 122 other similar workhouses around the country.

“I asked myself at the beginning: was it a tragedy or an opportunity that 4,000 girls went to Australia from Ireland? They would almost certainly have had no concept of how far away it was. But I would have to say it was a fantastic opportunity. If they had stayed in Ireland, they would either have died in the workhouse, or had a very low standard of living, because things didn’t improve economically for decades.”

Of the six workhouses in Kerry, four agreed to participate in the scheme: Listowel, Killarney, Kenmare, and Dingle. Tralee and Cahersiveen said no. The minutes of the Tralee workhouse record that the guardians said of the scheme, “emigration of the bone and sinew of the country should not be encouraged”, a 150-year-old observation on emigration that can be heard in Ireland today.

There were up to 150 applications from each of the four participating Kerry workhouses. In the end, 37 went from Listowel, 35 from Killarney, 25 from Kenmare and 20 from Dingle, all of which Caball discovered by going through the minutes. “Maybe that’s why so little is known about the scheme: because the numbers from each workhouse were very small,” she suggests.

The girls who went were supposed to be orphans, but at least half of them were not.

“Calling it an ‘orphan scheme’ was a bit of a misnomer,” she says. Some girls were in the workhouse with their entire family. Circumstances had placed others there, to get shelter and two meals a day when their own family could no longer feed them.

What people ate in the workhouse is recorded in the minute books of the era. Breakfast was a kind of stirabout porridge at 6am. Dinner was at noon, again a kind of oatmeal soup, occasionally with meat. If there was supper – mostly there was not – it was bread and milk at 6pm.

The ships that went from Plymouth to Australia in the late 1840s took four months to get there. The Irish girls aboard, with their boxes containing items they would never had had before, such as shoes and underclothing, frequently got sick from the food they ate. Half a pound of beef or pork a day after months or years of a diet of porridge was a shock to their digestive systems. “But only one Irish girl died out of 4,000 en route to Australia,” says Caball. “The ships were all very well-run.”

Once they got to Australia, it was all about survival. They were uneducated, untrained in service, and had very little experience of farm work.

“Most of them went into service or got married soon after arriving. They lived in the bush or went to the goldmines. They became pioneering women,” says Caball.

The names of those 4,000 girls are all recorded in the Irish famine memorial in Sydney, and there are various Australian databases and websites that carry information about them. From the time Caball started working on her book, and accessing what records she could find online about what happened to the girls once they got to Australia, she has found herself inundated with queries from their ancestors there.

There is one question common to all. “Could you find out where so-and-so’s mother is buried? I realised very quickly that they didn’t understand the famine, and that it’s impossible to find where anyone was buried when thousands were buried in unmarked graves in those days.”

Such is the demand for information from Australia that Caball has set up a website, Mykerryancestors. com, which includes a lot of the sources she used in her research.

“I have been getting emails from people saying ‘so-and-so was my great-great grandmother, and can you tell me anything about what a workhouse is, and why was she in there, and was she really an orphan?’ People are desperate for information.”

The Earl Grey Scheme ran for only two years, but it has left a lasting legacy at the other side of the world.

The Kerry Girls: Emigration and the Earl Grey Scheme, by Kay Moloney Caball, is published by The History Press Ireland. For more information, visit mykerryancestors.com