The Chinese literary sensation who moved to Mayo for love

New to the Parish: Award-winning novelist Yan Ge arrived in Ireland with her husband in 2015 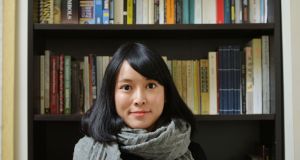 Yan Ge, a writer from China who moved to Ireland in 2015: “The experience of being here has definitely made me a tougher person and I’m very happy for that. That’s what I left China for.” Photograph: Alan Betson

Yan Ge comes from a family of poets, teachers and academics. When she was born her parents and grandparents named her after a quote from an ancient Chinese poem in the hopes that its poetic tones would turn the baby girl into a writer. By the time she was 17, Yan was a Chinese literary sensation.

Yan’s birth name is Yuexing Dai which translates as “Walking under the moon and wearing the moon as your hat”. When she began publishing short stories and novels in her late teens, Yan decided to use her online pen name for her books which translates as colour song. “It’s quite simple, my real name given to me by my family was unnecessarily poetic.”

Born in 1984 in Chengdu, the capital of China’s Sichuan province, Yan tried to rebel against her family’s desire for her to pursue a literary career but found herself naturally putting pen to paper as she grew older. When she was 17, she submitted a short story to a national teenage writing contest with the help of her school teacher and came in first place out of a group of some 50,000 entrants.

“We had this big writing contest, it was kind of like American Idol and was very intense. You were sent into a classroom where you were only allowed to bring a pen and nothing else. Then they’d give you a topic and ask you to write about it.”

Scores of publishers had gathered at the contest in Shanghai, ready to pounce on the most promising writer in the group. Once Yan was announced as winner she was overwhelmed with offers of publishing contracts. As soon as the contract was signed, Yan began churning out a stream of short stories and novels based on small-town life in Sichuan province.

Nearly 15 years later, with 12 books to her name, the award-winning writer finds herself sitting in the Library Bar on Exchequer Street in central Dublin explaining how she ended up on a small island in western Europe.

In the past decade, Yan has won a vast array of literary awards. She was named one of the top 20 future literature masters in China by People’s Literature magazine, she spent two years as a visiting scholar at Duke University in North Carolina and her work has been translated into English, French, German, Korean and Hungarian. 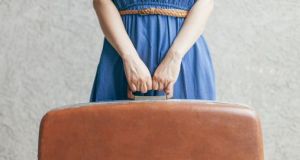 Yan Ge short story The writer who lives in a suitcase

Yet here she is, in Dublin, taking a break from preparations of the Chinese New Year celebration she will hold in her north Dublin home the following day.

The talented writer had spent her whole life in Chengdu when in 2011, she suddenly decided she needed a change. “The reason I decided to go to the States was from my point of view, I was doing too well as a writer in my city. I was part of this very intimate literary circle but could already see my life in 20 years being on the same track. I hated that and thought it’s not good for me as a person or for my writing career. That’s why I decided to leave.”

“In spite of my imagination and dreams of being a rebellious person, I’m actually very close with my family and super homey. My friends and family said you won’t be able to stand it over there because you’ll be so lonely and won’t be recognised. You’ll have to start from scratch.”

Yan did have to start right from the beginning and remembers the initial struggle to understand the English-language lectures. “I was tormented and torn apart but I actually really enjoyed it.”

After two years abroad, Yan decided to apply to continue her studies in the United States. She returned to China while she waited to hear back from Columbia University in New York City. However, things suddenly changed when she met an Irish man called Daniel from Co Mayo in a local Starbucks.

“It’s a romantic love story. We shared very similar taste in writers. He was teaching at the university so we started seeing each other. Our first date was on January 6th, Women’s Christmas or the day of The Dead, James Joyce’s short story.

In January 2015, exactly one year after their first date, the couple were married at the city hall in Chengdu. “Since my family are so sentimental and romantic my dad was very happy. He told us: ‘I’m so happy you’re married out of love’.” Soon after, Ge was offered a place at Columbia University.

I suddenly found myself deciding whether I should move to New York or Dublin. I wanted to go back to the States and bring Daniel with me, I’d always wanted to do that. But since I’d visited Ireland the previous summer I’d really enjoyed it.”

“What really moved me was when Daniel said, ‘Up until this point you’ve experienced China and America. Both are big countries with massive cultural bodies. You should come to Ireland as a trial to experience something different’. He said I think it would be very helpful for you as a writer and that was the kick. If someone says this will make you a better writer, then I’m going for it.”

The couple spent the summer in Mayo in 2015 and then moved to Dublin. Settling into Irish life has not been easy, admits Yan who intensely dislikes the Irish wind. “I get so disorientated when it’s windy, I just don’t know what to do. Where I come from is in the bottom of a basin so there is no wind and the weather is very stable. I was definitely traumatised when I first arrived here.”

An only child, Yan travels home to visit her family every few months and is trying to convince her parents to come and see her Irish home. She is also working on her latest novel and in recent years has spoken at a number of literature festivals in the UK and the US.

“I think overall that the experience of being here has definitely made me a tougher person and I’m very happy for that. That’s what I left China for. I wanted to endure, I wanted to be a better person.”

Irishwoman in New York: I didn’t fear getting Covid-19 but I should have
5

What do you do when you meet a bear on a walk? Copy this 12-year-old
7