Seán Moncrieff: Why Daniel O’Donnell should rule us all 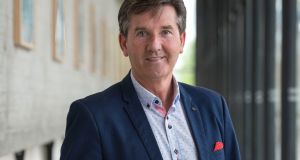 Daniel O’Donnell. ‘Why don’t we give our hard-working TDs some time off – say five years – and elect someone to make all the decisions about everything?’ Photograph: Dave Meehan

You’re wondering who to vote for when a candidate arrives at your door. She gives her spiel, which includes brilliant and innovative ideas on climate change, housing and healthcare. She also wants wizardry recognised an official religion, but you’re happy to let that slide, given the excellence of everything else.

But some days later you see a constituency poll and your preferred candidate isn’t doing well. Awful, actually; the Wizard Thing isn’t playing well with your fellow voters.

This person hasn’t a hope of getting elected. She’ll get eliminated early, with your precious vote possibly getting distributed to a candidate you don’t really like at all.

Eventually you opt for someone else. You’re not crazy about him. He looks a bit sneaky. Maybe not that bright. But his heart seems to be in the right place on climate change. At least he has a chance of getting elected.

But then it strikes you that this might be a wasted vote too. His party might not get into government, condemning him to spend the next few years (or months) yelling about how his gang could have done it better. If his party does enter government, there’s no guarantee that your candidate will be in a position to do anything about climate change – the issue you voted on. He might spend his time as a backbencher, getting potholes fixed and voting the way he’s told. And if he gets a cabinet position, it will be a cabinet made up of various parties and perhaps some Independents. The issue you voted on might well be lost in the barter required to form a government.

You’re depressed now. Your vote, you like to think, had a purity of purpose. Yet as soon as it was cast, the political system started moving away from what you wanted.

It would have to be someone wise enough to listen to advice, but also not be swayed by flattery; perhaps someone who has already achieved fame and can spot it for what it is

So instead, why don’t we give our hard-working TDs some time off – say five years – and elect someone to make all the decisions about everything? I’m not proposing some sort of North Korean scenario, but something altogether more wholesome: a kind of fixed-term national bainisteoir who will make us all do laps until the country is match fit.

Like all sports managers, they’ll eventually resign or be fired, but in the meantime, they’ll be free to institute the sorts of change we need, unencumbered by concerns about re-election or staying in government. It’s risky, of course, but it might work if we choose carefully.

It would have to be someone who doesn’t need to be loved; perhaps because they are loved already. It would have to be someone wise enough to listen to advice, but also not be swayed by flattery; perhaps someone who has already achieved fame and can spot it for what it is. Someone who is comfortable in their own skin, who can handle criticism and the reality that not everyone will like them. Nonetheless they will remain courteous and respectful.

Someone who has already made their money so they can’t be bribed. Someone in a stable relationship so they won’t be lonely. And someone from a part of the country where real people have real issues to deal with.

You’re ahead of me by now. Of course, Daniel O’Donnell should do it. He’s got the credibility. He’ll be able to reassure Europe that he won’t trample on human rights. Okay, he might build a high-speed rail link to Donegal, but that’s no harm. Admit it: this is the best idea you’ve heard during the entire election.

7 Michael Harding: ‘Thank you for your love,’ I wrote to a friend. Then I tore it up